Jewish Life After the USSR 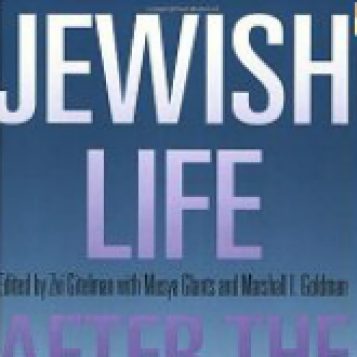 Jews in the former Soviet Union have had to decide whether to take advantage of the new opportunity to revive Jewish life and rebuild Jewish communities, live in the newly established states but disappear as Jews, or abandon their former homes and emigrate to Israel or elsewhere.  Jewish Life after the USSR is the first book to study post-Soviet Jewry in depth. Its careful analyses of demographic, cultural, political, and ethnic processes affecting an important post-Soviet population also give insights into larger developments in the post-Soviet states. A fine-grained snapshot of one of the world’s great Jewish centers, the volume is essential reading for those seeking to understand the past, present, and future of post-Soviet Jewry (Indiana University Press).