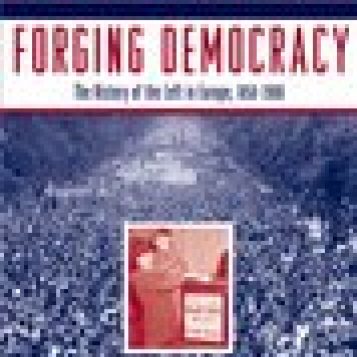 Democracy in Europe has been a recent phenomenon. Only in the wake of World War II were democratic frameworks secured, and, even then, it was decades before democracy truly blanketed the continent.

Neither given nor granted, democracy requires conflict, often violent confrontations, and challenges to the established political order. In Europe, Geoff Eley convincingly shows, democracy did not evolve organically out of a natural consensus, the achievement of prosperity, or the negative cement of the Cold War. Rather, it was painstakingly crafted, continually expanded, and doggedly defended by varying constellations of socialist, feminist, Communist, and other radical movements that originally blossomed in the later nineteenth century. Parties of the Left championed democracy in the revolutionary crisis after World War I, salvaged it against the threat of fascism, and renewed its growth after 1945. They organized civil societies rooted in egalitarian ideals which came to form the very fiber of Europe's current democratic traditions. The trajectories of European democracy and the history of the European Left are thus inextricably bound together.