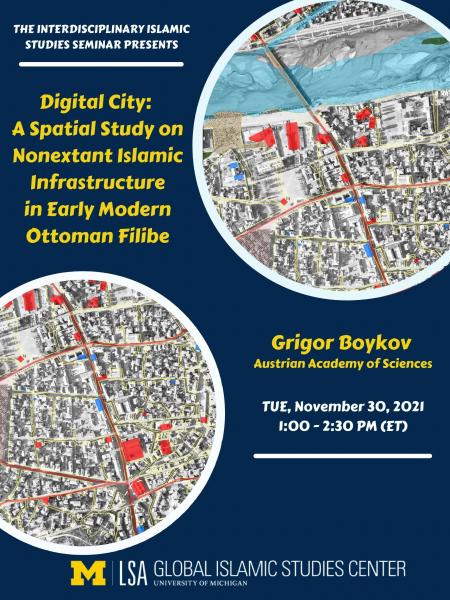 The symbolic rupture with the imperial past in many post-Ottoman cities in the Balkans materialized via organized effort for “modernization” of the urban space systematically carried out by the nation-state authorities. As a result, a large segment of the built-in environment was replaced early on by “modern” public and residential architecture, a process that went hand in hand with a substantial alteration of the inherited street network. The transformative nature of the intentional policies for reshaping the cityscapes often quickly obliterated the Ottoman urban tissue, thus depriving modern scholarship of studying the morphology of the cities from the Ottoman era based on preserved examples. Moreover, contemporary archaeology cannot be particularly effective because most of the buildings that replaced the Ottoman structures still stand in densely built modern urban cores, which impedes any destructive and/or non-destructive archaeological studies.

This apparent lack of reliable, cadastral, or archaeologically derived data calls for alternative methods to study the long-vanished Ottoman urban fabric and the public buildings constituting its skeleton. Bringing together a wide array of different sources that offer useful information on architectural objects, street patterns, and separate residential areas (mahalle), this lecture aims to introduce a methodology for creating a spatially referenced database, which can digitally recreate the non-extant urban fabric of Ottoman cities in the Balkans. Focusing on a detailed analysis of Filibe (Plovdiv), the principal town of Central Bulgaria, the lecture seeks to demonstrate the general applicability of the methodology for studying urban development across the Ottoman Empire.

Grigor Boykov, Ph.D. in Ottoman history (2013), is a researcher at the Institute for Habsburg and Balkan Studies at the Austrian Academy of Sciences. Before joining the Academy in 2019, he taught at the University of Sofia (2014-2019), Central European University in Budapest (2015-2016), and was a research fellow at the Netherlands Institute in Turkey (2012-2014). Boykov has been a team member of the projects “The Fashioning of a Sunni Orthodoxy and the Entangled Histories of Confession-Building in the Ottoman Empire, 15th -17th Centuries” (2015-2016) and “Industrialisation and Urban Growth from the mid-nineteenth century Ottoman Empire to Contemporary Turkey in a Comparative Perspective, 1850-2000” (2017-2019). In 2019, he received MSCA-IF for his project Population Geography of Bulgaria, 1500-1920: An Historical Spatial Analysis (POPGEO_BG), conducted at Koç University in Istanbul. Among other projects, Boykov is currently working on a Historical Gazetteer of the Ottoman Empire (in cooperation with M. Erdem Kabadayı) and the Ottoman Archive of Zograf Monastery on Mt. Athos.