CSAS Film Series | We are not your Monkeys, Sanctum Santorum, In the Name Of God 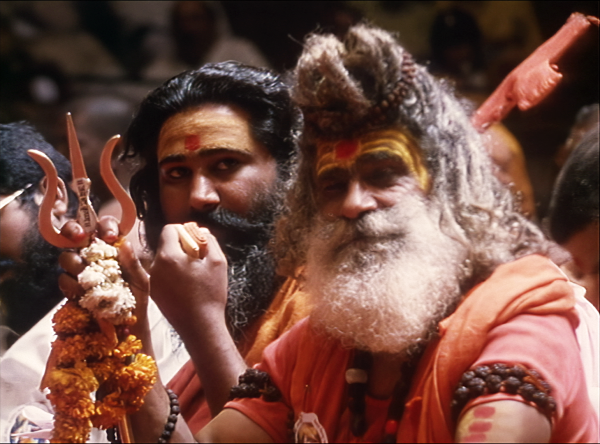 In the Name Of God focuses on the campaign waged by Vishwa Hindu Parishad (VHP) to destroy a 16th century mosque in Ayodhya said to have been built by Babur, the first Mughal Emperor of India. The VHP claimed the mosque was built at the birthplace of the Hindu god Ram and was determined to build a new temple on the same site. This controversial issue led to religious riots that cost thousands their lives and culminated in the mosque's destruction. The resulting religious violence spread throughout India and Pakistan leaving more than 5,000 dead, and causing thousands to flee their homes. Filmed before the mosque's demolition, In the Name of God examines the motivations which would ultimately lead to the drastic actions, as well as the efforts of secular Indians to combat religious intolerance. Preceded by two short music videos, We are not your Monkeys and Sanctum Santorum.

"The screen is electric with religious fervor, masses of people swarming through the streets, gathering in rallies, or violently rioting... This is investigative cinema verité documentary at its dynamic best." - Kay Armatage, Toronto Film Festival

Anand Patwardhan, India’s leading documentary filmmaker, is known for his socio-political, award-winning films. He has spent decades capturing Mumbai’s slum dwellers, the reality of the caste system, the rise of Hindu nationalism, and tensions between India and Pakistan. He is a member of the Oscar academy, and his films have earned more than 20 international awards.