CREES/WCED Panel. Russia’s Complex Relationship with the North Caucasus: Past and Present 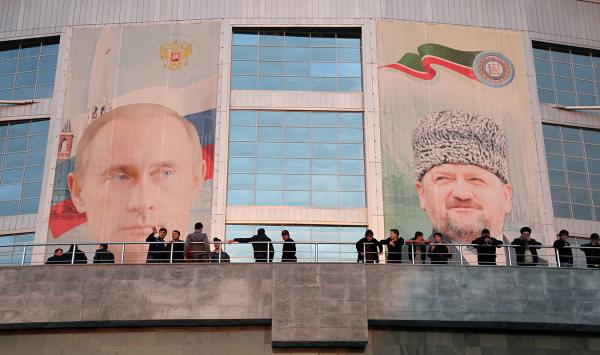 In 2004, a group of Islamic militants occupied a school in Beslan, in the North Caucasus region of the Russian Federation, demanding recognition for an independent Chechnya. Over three hundred hostages, including children, were killed in the siege. The dramatic event and its aftermath is the topic of the UMS performance Us/Them on January 24-28. For this panel, a group of experts will provide much-needed context and analysis of the broader situation of the North Caucasus and its complex relationship with Russia.

Pauline Jones' scholarly work contributes broadly to the study of institutional origin, change, and impact in a wide variety of settings: newly emergent states with multiple competing subnational identities, states transitioning from planned to market economies, states rich in natural resources, and states with predominantly Muslim populations. The empirical basis for her work has been primarily the former Soviet Union (FSU) -- particularly the five Central Asian republics that gained independence in 1991 (Kazakhstan, Kyrgyzstan, Tajikistan and Turkmenistan, Uzbekistan). However, she has also engaged in broad cross-national comparisons across regions, including Latin America, Southeast Asia, and the Middle East and North Africa (MENA), utilizing a combination of controlled case comparisons and statistical analysis. Future research will explore the institutionalization of secularism and the politics of extremism, focusing on countries with predominantly Muslim populations.

Alexander Knysh is professor of Islamic Studies at the University of Michigan and principal investigator of a research project on political Islam/Islamism sponsored by the Rectorate of the St. Petersburg State University, Russia. His academic interests include Islamic mysticism (Sufism); Qur’anic studies; the history of Muslim theological, philosophical, and juridical thought; and modern Islamic/Islamist movements in comparative perspective. He has numerous academic and instructional publications on these subjects, including twelve books. Since 2006, he has served as section editor for “Sufism” on the editorial board of the "Encyclopedia of Islam, Third Edition" (E.J. Brill, Leiden and Boston). He is also executive editor of the "Encyclopedia of Islamic Mysticism" and the "Handbooks of Islamic Mysticism" series associated with it (E.J. Brill, Leiden).

Tanya Lokshina is the Russia program director and a senior researcher at Human Rights Watch and is based in Moscow. Having joined Human Rights Watch in January 2008, Lokshina authored several reports on egregious abuses in Russia’s turbulent North Caucasus region and co-authored a report on violations of international humanitarian law during the 2008 armed conflict in Georgia. Her recent publications include a range of materials on Russia’s vicious crackdown on critics of the government and on violations of international humanitarian law during the armed conflict in eastern Ukraine. Lokshina is a recipient of the 2006 Andrei Sakharov Award, “Journalism as an Act of Conscience.” Her articles on human rights issues have been featured in prominent Russian and foreign media outlets, including CNN, the Guardian, Le Monde, the Moscow Times, Novaya Gazeta, and the Washington Post. Lokshina’s books include "Chechnya Inside Out" and "Imposition of a Fake Political Settlement in the Northern Caucasus." In 2014, her article on the abusive virtue campaign against women in Chechnya was published in "Chechnya at War and Beyond" (Routledge Contemporary Russia and Eastern Europe Series).
Center for Russian, East European, and Eurasian Studies
500 Church Street
Weiser Hall, Suite 500
Ann Arbor, MI 48109-1042
crees@umich.edu
A member of the International Institute
734.764.0351
734.763.4765
Sitemap
Facebook Twitter Youtube WordPress LinkedIn