Communicable disease control might be one of the oldest and most central functions of government, but it is also one in transition. The European Union has become a major part of the public health infrastructure of the continent, influencing the chances and courses of illness with its policies and agencies. Like much of EU policy, this happened with few specific decisions and only a weak legal basis. But its influence is dramatic, and little-studied or even noted. This conference brings together academics and practitioners from the EU and U.S. to understand how communicable disease control is becoming a strength of the EU and what its consequences might be.

Preceding event, Jan 26, 2010: Conversations on Europe. "What Do America and Europe Owe to the World's Least Healthy People? International Development Assistance for Health: The Role of the EU and the US, " Lawrence Gostin, Associate Dean and Professor, Law and Global Health, Georgetown University Law School. audio  video

For more about the project see Research Projects.

Towards a European Higher Education Area: Bologna Process and Beyond

Organizers: Center for the Study of Higher and Postsecondary Education and European Union Center of Excellence, U-M This workshop explored how and with what consequence various actors influence and transform the meanings, identities, values, and representations of European energy security. Through discussion of papers prepared with support from EUCE-MI's grant, participants from Finland, France, the United Kingdom, and the United States considered the risks associated with Europe's relationship to Russian energy resources and analyze accounts of energy exploration and investment, alternative supply routes, economic and legal frameworks for trade; technological innovations; environmental regulation, and consumption patterns in the provision of European energy security.

Co-sponsored with the Eurasia Energy Group, Aleksanteri Institute, University of Helsinki and U-M's Center for Russian and East European Studies. 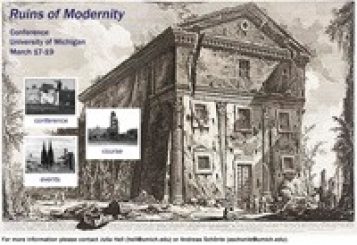 Ruins of Modernity: An International Conference and Project

9/11 represents a watershed in world history in more ways than are obvious. The destruction of an architectural and symbolic icon of modernity has brought to a catastrophic climax a debate about the ways in which modernity, broadly conceived, seems to have invented, framed, and even produced ruins. The question whether international terrorism is a side-product of modernity or a historical development responding to, but independent of, modernity echoes discussions around a possible elective affinity between ruins and modernity. Indeed, ruins began to be perceived and preserved as ruins only during the Renaissance, when the awareness of historical discontinuities, the demise of ancient civilizations, raised the status of traces from the past. These traces--architectural remnants that had long lost their functionality and meaning--could be invested with various attributes, historical, aesthetic, political and otherwise. A desire for preservation in the interest of historical continuity barely concealed political exploitations of ruins as signs of past greatness that could be reappropriated. The ruin is a ruin precisely because it has lost the presence of meaning, while retaining its suggestiveness. It bespeaks a loss of something, while denying complete irretrievability of the absent object. It evokes an ambivalent break from and nostalgia for the past. More pointedly, it signals the imminent breakdown of meaning, and therefore fosters dizzying compensatory discursive activity.

Theoreticians of various stripes have considered the peculiar status of ruins in modern culture. Georg Simmel thought that ruins embody the justice of destruction, the reintegration of human design into nature that counteracts human interventions and makes them right. For Theodor Adorno and Max Horkheimer, the process of ruination is an intrinsic component of the dialectic whereby modernity undermines itself and lapses into mythology and self-destruction. Walter Benjamin drew a parallel between the ruin in the realm of things and the allegory in the realm of thoughts, for both ruin and allegory speak of a disruption in the relationship between form and meaning, to the point that semiotics becomes a wasteland. Iurii Lotman has considered the ways in which ruins serve the project of cultural self-fashioning. Sigmund Freud framed the unconscious as a sort of ruin that needs to be excavated. W.G. Sebald referred to ruins as a trope of the trauma of modernity in several of his essays and fiction pieces. This rich body of approaches to ruins illustrates vividly the extent to which the ruin is predicated on a particular gaze cast upon it. The beholder is the one who defines the ruin, and the ruin could not exist without such creative appropriation. The ruin, in many ways, is a trope of reflexivity, the reflexivity of a culture that interrogates its own becoming. As a result, the ruin is often the playground of specular strategies that tell us more about the identity of the beholder than that of the ruin or its original environment. This conference, along with the events organized around it, will analyze the entanglement of political, philosophical, and aesthetic discourse that the ruin as a site or meta trope of modernity has generated. Poised at the symbolic end of the project of modernity, we will ponder the ways in which the ruin intersects with the two major axes of modernity: the divide between the east and the west, which has produced distinct variants of modernity, and the asymmetry between hegemonic and subaltern cultures, which continues to produce more ruins. Our work will be organized in a series of case studies grouped thematically and geographically. We are inviting major scholars from a variety of disciplines, including architectural design, architectural history, cinema, classics, cultural history, cultural studies, anthropology, history, literary criticism, and sociology, as well as artists. Our focus will be interdisciplinary in method and global in reach.

This project included programmatic development for a variety of audiences: a Rackham interdisciplinary graduate seminar in the fall of 2004; an exhibit of etchings by Piranesi, and subsequently, a show by Ukrainian photographer Boris Mikhailov (major shows at MOMA and Tate gallery and in other venues) at the Institute  for the Humanities;  and a series of films screened in February and March 2005. A major international conference took place in March 2005, facilitating exchange between scholars across disciplinary and national boundaries, preceded by a one-day graduate workshop, in which students from the Rackham seminar presented their work. The documentary movie Detroit: Ruin of a City, by Michael Chanan and George Steinmetz, was unveiled during the conference.

International Conference: Europe and US After EU Enlargement

POLITICS AND BUSINESS AS USUAL? EUROPE AND US AFTER EU ENLARGEMENT

Presented by the European Union Center of Excellence and the William Davidson Institute, University of Michigan.

The Conference addressed how the ten new EU member states affected the political and constitutional balance within the EU, its role as an international actor, and EU/US relations? What impact will enlargement have on business and trade relations between the US and the EU, and globally?

Co-sponsors: The American Consortium on European Studies (ACES) and the European Union Center Washington, D.C.; and the Center for Russian and East European Studies and the International Institute, University of Michigan. 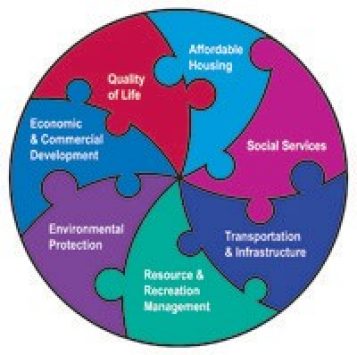 May 9-10, 2003
International Institute
University of Michigan