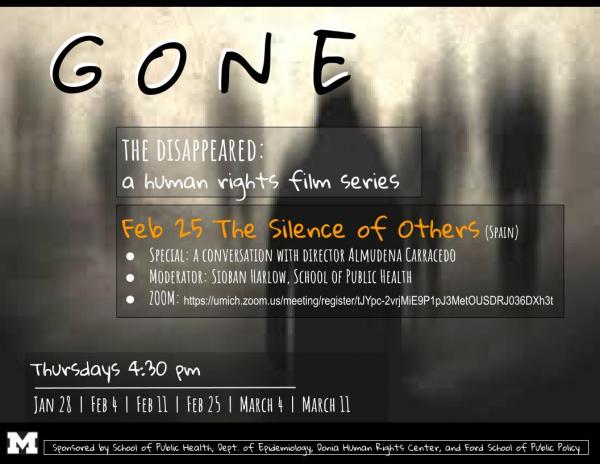 Documentary. The Silence of Others reveals the epic struggle of victims of Spain's 40-year dictatorship under General Franco, who continue to seek justice to this day. Filmed over six years, the film follows the survivors as they organize the groundbreaking 'Argentine Lawsuit' and fight a state-imposed amnesia of crimes against humanity, and explores a country still divided four decades into democracy.

SPECIAL a conversation with film's director, Almudena Carracedo, will follow; moderated by Sioban Harlow, School of Public Health. Other dates in the series: March 4 and March 11.