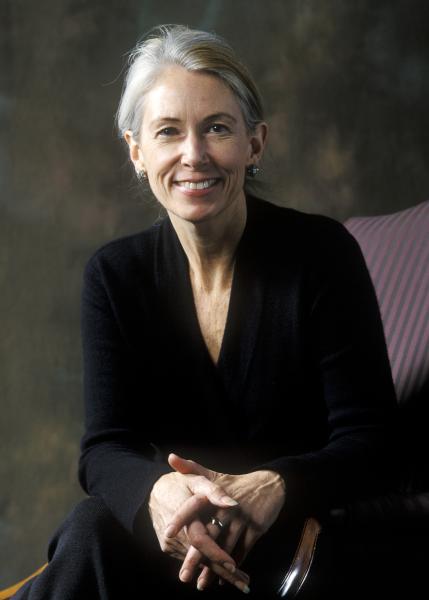 Professor Catharine A. MacKinnon will address the politics and law of sexual harassment, focusing on its violation of equality rights, in light of the #MeToo movement, exploring those developments in light of the theory of her most recent book, "Butterfly Politics: Changing the World for Women."

This event is co-sponsored by: Center for the Education of Women+ Frances and Sydney Lewis Visiting Leaders Fund, Department of Sociology, Institute for Research on Women and Gender, Law School, and Women's Studies Department.

Catharine A. MacKinnon is the Elizabeth A. Long Professor of Law at Michigan Law and the long-term James Barr Ames Visiting Professor of Law at Harvard Law School. She holds a BA from Smith College, a JD from Yale Law School, and a PhD in political science from Yale. She specializes in sex equality issues under international and domestic (including comparative, criminal, and constitutional) law. She pioneered the legal claim for sexual harassment and, with Andrea Dworkin, created ordinances recognizing pornography as a civil rights violation and the Swedish model for abolishing prostitution. The Supreme Court of Canada has largely accepted her approaches to equality, pornography, and hate speech, which have been influential internationally as well. Representing Bosnian women survivors of Serbian genocidal sexual atrocities, she won with co-counsel a damage award of $745 million in August 2000 in Kadic v. Karadzic under the Alien Tort Act, the first recognition of rape as an act of genocide. Among the schools at which she has taught are Yale, Stanford, Chicago, Harvard, Osgoode Hall (Toronto), Basel (Switzerland), Hebrew University (Jerusalem), and Columbia. She was awarded residential fellowships at the Institute for Advanced Study, Stanford, the Wissenschaftskolleg zu Berlin, and the University of Cambridge. Professor MacKinnon's scholarly books include the casebook Sex Equality (2001/2007), Are Women Human? (2006), Women's Lives, Men's Laws (2005), Only Words (1993), Toward a Feminist Theory of the State (1989), Feminism Unmodified (1987), and Sexual Harassment of Working Women (1979). She is widely published in journals, the popular press, and many languages. Professor MacKinnon practices and consults nationally and internationally and works regularly with Equality Now, an NGO promoting international sex equality rights for women, and the Coalition Against Trafficking in Women. Serving as the first special gender adviser to the prosecutor of the International Criminal Court (The Hague) from 2008 to 2012, she implemented her concept of "gender crime." In 2014, she was awarded the Lifetime Achievement Award by the Association of American Law Schools Women's Division and was elected to the American Law Institute. Studies document that Professor MacKinnon is among the most widely-cited legal scholars in the English language.

If you are a person with a disability who requires an accommodation to attend this event, please reach out to us at least 2 weeks in advance of this event. Please be aware that advance notice is necessary as some accommodations may require more time for the university to arrange. Please contact: umichhumanrights@umich.edu
Donia Human Rights Center
500 Church St.
Suite 300
Ann Arbor, MI 48109-1042
umichhumanrights@umich.edu
A member of the International Institute
734.615.8482
734.763.9154
Sitemap
Facebook Twitter Youtube