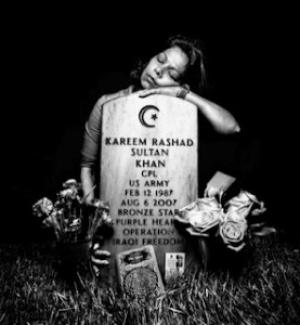 Professor Ron Stockton has spent nearly a decade studying Muslim graves in Southeast Michigan, taking more than a thousand photographs of gravestones. Muslims have been in Southeast Michigan for well over a century. They are buried in at least 20 different locations. Burial styles vary, suggesting a mosaic of diverse ethnic and religious sub-communities. They include individuals from at least 26 different countries, former countries, or special ethnic or religious groups. Many of these have their own ways of expressing their final sentiments. Some stones emphasize faith in God. Others emphasize national or ethnic heritage, hobbies, clubs, affiliations, happy marriages, or proud military service.

These stones show the exceptional diversity of cultures, religious traditions, national styles, and personal expression. A gravestone is not about death. It is about life. It is about what you valued, what was important to you, and how you want to be remembered. This lecture will shed light on what it means to be Muslim in America.

An exhibit including 39 photographs of gravestones which demonstrate the incredible diversity of this complex population will be on display in the International Institute Gallery (1080 S. University) through April 5, 2017.