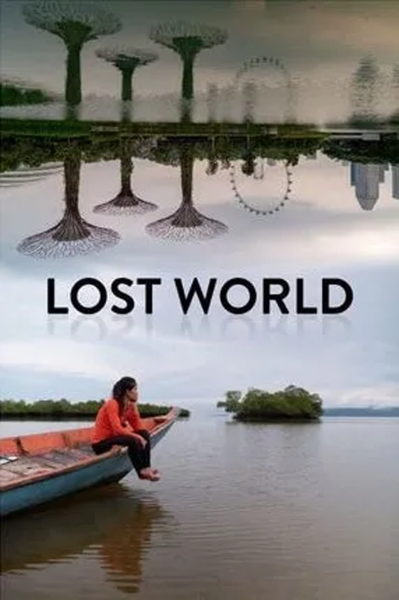 Funded in part by a Title VI NRC Grant from the U.S. Department of Education.

All attendees must complete a ResponsiBLUE Healthscreening before entering the event: https://responsiblue.umich.edu/sign-in
Attendees must also wear a face-covering within the venue when not consuming food and drink. This requirement shall not apply to any person who cannot medically tolerate a face covering.

To participate virtually, please register at https://myumi.ch/R5Y71
---
The University of Michigan Center for Southeast Asian Studies, Mekong Culture WELL Project and the James Madison College are pleased to welcome filmmaker Kalyanee Mam for an in-person screening of Lost World. Following the screening, Kalyanee will lead a discussion and answer questions from both in-person and virtual attendees.

Lost World
2018. Documentary. 16m
As Singapore dredges sand out from beneath Cambodia’s mangrove forests, an ecosystem, a communal way of life, and one woman’s relationship to her beloved home are faced with the threat of erasure.

Lost World is available to watch at https://myumi.ch/4px8o.

---
KALYANEE MAM is an award-winning filmmaker, lawyer, and born storyteller. Kalyanee Mam is committed to combining her passion for art and advocacy to tell compelling and universal stories. Born in Battambang, Cambodia, during the Khmer Rouge Regime, she and her family fled to the refugee camps at the Thai-Cambodian border. Eventually, they immigrated to the United States in 1981. For her debut documentary feature A River Changes Course (2013), Mam returned to her native homeland to document the struggles of three families to maintain their traditional way of life as the modern world closes in around them. The film earned several top awards, including the World Cinema Grand Jury Prize for Documentary at the 2013 Sundance Film Festival and the Golden Gate Award for Best Feature Documentary at the San Francisco International Film Festival. The New York Times considered the film “profound enough to stand on its own,” while the Los Angeles Times described the film as “A deeply felt portrait of Cambodia...exquisite in its immediacy and agility.”

Mam has also worked as a cinematographer, associate producer, and researcher on the 2011 Oscar-winning documentary Inside Job, about the global financial crisis, and as co-director and co-producer of documentary short, Between Earth & Sky (2010), about three young Iraqi refugee artists living in Syria, Jordan, and Egypt. A graduate of Yale University and UCLA Law School, Mam served as a legal consultant in Mozambique and Iraq.
Center for Southeast Asian Studies (CSEAS)
500 Church Street
Suite 400
Ann Arbor, MI 48109-1042
cseas@umich.edu
A member of the International Institute
734.764.0352
734.763.4765
Sitemap
Facebook Twitter Youtube