WCED Panel. Brazil under Bolsonaro: What Is Emerging? What Is Submerging? 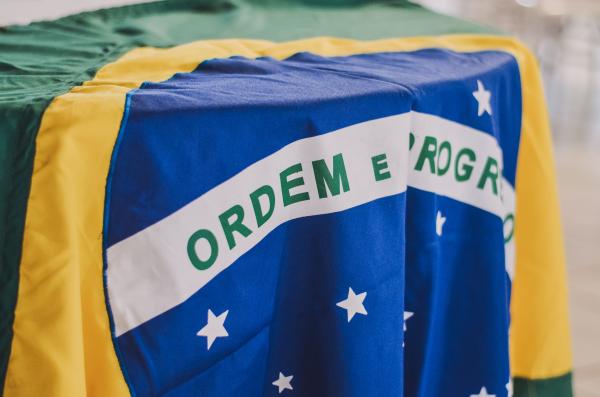 Brazil’s president Jair Bolsonaro became notable to the public as a controversial right-wing congressman. His brash criticism of left-wing politicians, praise of military dictatorship, support of pension reform and privatizations, defense of the “traditional Brazilian family,” and the promise to address Brazil’s rampant crime rates through violent policing helped him gain the support of many conservative segments. Meanwhile, during his first nine months in office, his government is already facing criticism for his divisive rhetoric, attacks on the press, laxing of environmental regulations, and cuts to education, leading many public figures to denounce him as an authoritarian figure. In this panel, Benjamin Lessing, Guilherme Casarões, and Marilia Corrêa will discuss different aspects of Bolsonaro’s government and Brazil’s current political landscape.

Robert Jansen is a comparative-historical sociologist with substantive interests in politics, culture, and memory. He has recently completed a book on the historical emergence of populist mobilization in early twentieth century Peru. He is currently working on a project on the history of historic preservationism in the United States.

Guilherme Casarões is a lecturer at the Fundação Getúlio Vargas São Paulo Business School (FGV EAESP). He holds a Ph.D. and an M.A. in political science from the University of São Paulo and an M.A. in international relations from the State University of Campinas. He has authored many peer-reviewed articles and book chapters on Brazilian foreign policy and Latin American politics. Among his publications are “Brazil First, Climate Last: Bolsonaro’s Foreign Policy” (GIGA Latin America Focus, 2019); “The Evolution of Brazilian Foreign Policy Studies: Four Perspectives” (Routledge Handbook of Brazilian Politics, 2018); “Itamaraty’s Mission” (Cairo Review of Global Affairs, 2014); and “Itamaraty on the Move” (Bulletin of Latin American Research, 2013). He has been a visiting fellow at Tel Aviv University and Brandeis University.

Marília Corrêa is a WCED Postdoctoral Fellow for 2019-21. She received her Ph.D. in history at the University of Illinois, Urbana-Champaign in 2019. Her dissertation, titled “Unusual Suspects: Persecuted Officers and Soldiers Under Military Rule in Brazil, 1964–1985,” studies the military dictatorship in Brazil, examining the life trajectories of armed forces officers and soldiers who did not support the 1964 coup. Focusing on the perspectives of these expelled soldiers, she examines how they remember their expulsions from the military, life during the dictatorship, and the ways in which their experiences and the memory they created affected these men socially and culturally. Her dissertation is situated at the intersection of political, social, and gender history, as well as at the history of memory, law, and human rights of Latin America in the context of the Cold War. Her research has been funded by the Tinker Foundation, the Nelle M. Signor Graduate Scholarship in International Relations, the Illinois Program for Research in Humanities and the Lemann Institute for Brazilian Studies.

Benjamin Lessing, assistant professor of political science at the University of Chicago, studies "criminal conflict"—organized violence involving armed groups that do not seek formal state power, such as drug cartels, prison gangs, and paramilitaries. His first book, "Making Peace In Drug Wars" (Cambridge Studies in Comparative Politics, 2017), examines armed conflict between drug cartels and the state in Colombia, Mexico and Brazil. Lessing has also founded the Criminal Governance in the Americas project, which is measuring the extent and intensity of gang rule over civilian populations throughout Latin America, and is co-director of the Project on Political Violence at Chicago. Lessing has also studied gang-state negotiations and armed electioneering by paramilitary groups. Prior to his doctoral work at UC Berkeley, Lessing lived in Rio de Janeiro for five years, first as a Fulbright scholar, later conducting field research on arms trafficking in Latin America and the Caribbean for non-governmental organizations including Amnesty International, Oxfam, and Viva Rio, Brazil’s largest NGO.

If you are a person with a disability who requires an accommodation to attend this event, please reach out to us at weisercenter@umich.edu at least 2 weeks in advance of this event. Please be aware that advance notice is necessary as some accommodations may require more time for the university to arrange.