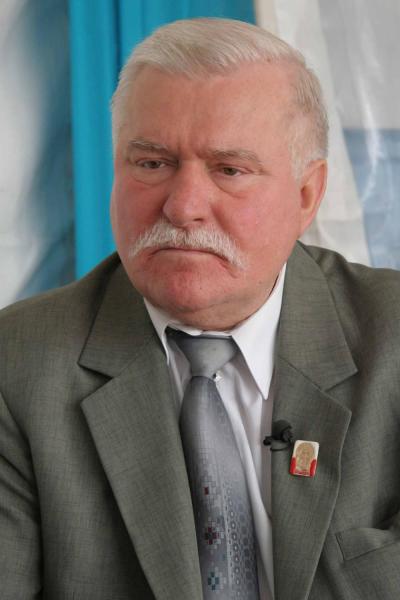 Lech Wałęsa is a Nobel Peace Prize winner (1983) and the first president of Poland, serving from 1990-1995. Wałęsa was the co-founder and leader of the Solidarity movement that led to the first democratic elections in Poland in 1989, the fall of communism in Poland, and helped lead to the dissolution of the Soviet Union and the end of the Cold War. At its height, Solidarity had over 10 million members. Wałęsa was Time Magazine’s Person of the Year in 1981 and was included in Time Magazine’s 100 most important people of the 20th century. Wałęsa holds over 40 honorary degrees, including from Harvard, Columbia, and the Sorbonne. He is the recipient of the U.S. Presidential Medal of Freedom, the Knight Grand Cross of the British Order of the Bath, and the French Grand Cross of Legion of Honour. In 1989, Wałęsa became the first foreign non-head of state to address a joint meeting of the U.S. Congress. Wałęsa was the first democratically elected leader of Poland since 1926 and the first ever Polish leader elected by popular vote. He presided over Poland’s transition from communism to free-market capitalism and liberal democracy.

If there is anything we can do to make this event accessible to you, please contact us. Please be aware that advance notice is necessary as some accommodations may require more time for the university to arrange.
Copernicus Center for Polish Studies
500 Church Street
Weiser Hall, Suite 500
Ann Arbor, MI 48109-1042
copernicus@umich.edu
A member of the International Institute
734.764.0351
734.763.4765
Sitemap
Facebook Youtube