Annual Copernicus Lecture. Working Around, Against, and Without: An Artist’s Excursion on Shifting Political Ground 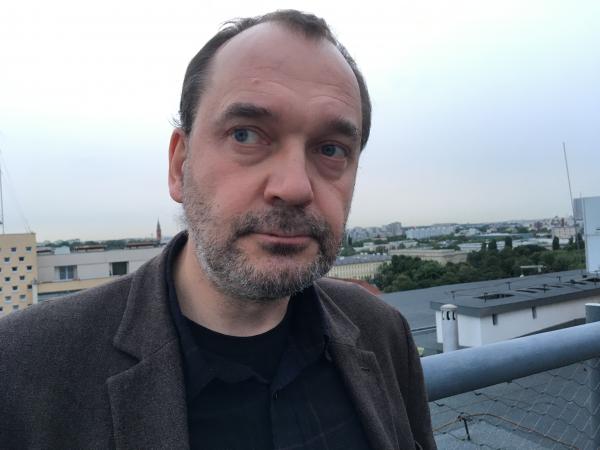 After the fall of communism, Eastern Europeans enjoyed a deep sense of freedom and engagement, convinced that profound social and political change was underway. In 1990s Poland, boundary-pushing artists like Artur Żmijewski played an active role in shaping the new reality. As time progressed, however, the promise of transformative change was revealed to be illusory, and the communists' dominant style of politics persisted. Art became a target for political attacks because of its critical stance toward the Catholic Church and “wild” capitalism.

How should artists react in this increasingly authoritarian situation? Resist? Adapt? Or perhaps create a sort of hybrid position? In this lecture, Żmijewski will discuss the relationship between his art and political engagement in the context of the past thirty years.

Artur Żmijewski was born in Warsaw in 1966. He graduated from the Warsaw Academy of Fine Arts under the supervision of Professor Grzegorz Kowalski. A multimedia artist, he uses primarily photography and film to explore the line between fiction and documentary. Żmijewski is also an accomplished curator and art critic. He is one of the founding members of the art journal "Czereja," serves as the artistic editor of "Krytyka Polityczna," and directed the 7th Berlin Biennale. In 1995, Żmijewski was a fellow at the Gerrit Rietveld Academie in Amsterdam; he received the Fondazione Sandretto Re Rebaudengo Per L'Arte Prize for his work "An Eye for an Eye." In 2005, his “Repetition” was shown in the Polish Pavilion at the Venice Biennale, and two years later his film Them was screened at Documenta in Kassel. Żmijewski also participated in the 14th edition of Documenta, presenting his films Glimpse and Realism. From 2007-2008, he was a DAAD Artist in Residence in Berlin where he prepared his project “Democracies.” In 2010 he received the Ordway Prize from the New Museum in New York and Creative Link for the Arts. Żmijewski's films can be found in the collections of the Museum of Modern Art in New York, Neue Pinakothek in Munich, the Tate Modern in London, the Rubell Family Foundation in Miami, Zachęta National Gallery of Art in Warsaw, Erste Bank Collection in Vienna, and the Louis Vuitton Foundation in Paris.