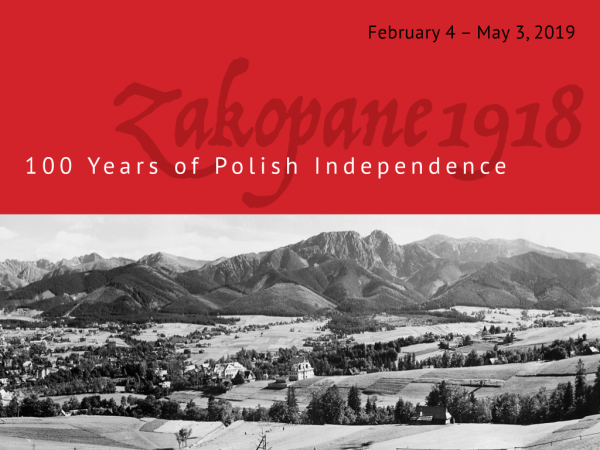 Zakopane is an extraordinary town. Located amidst the stunning beauty of the Tatra Mountains, it is Poland’s best-known holiday resort. Tourism has been growing there since the 1870s, when wealthy outsiders began building holiday homes to enjoy the town’s picturesque location.

With the outbreak of the First World War, many Zakopane residents rushed off to fight, but many others sought refuge in Zakopane to wait out the global conflict. The writer Stefan Żeromski became the informal leader of those who remained. As the war came to an end, the Austro-Hungarian and German Empires collapsed, joining the Russian Empire that had fallen a year earlier, creating a confusing vacuum of authority. On October 31, 1918, a group of politicians, intellectuals, and local activists in Zakopane took the initiative to disarm the local Austrian military police, and on November 1st they proclaimed the formation of a “National Council,” under Żeromski’s leadership. Thus was born the “Republic of Zakopane.”

Although Poles celebrate November 11, 1918, as the anniversary of independence, in fact there were many such proclamations in various towns and cities during those tumultuous weeks, each capturing a different vision of what this new country might become. The “Republic of Zakopane” may seem like an idiosyncratic curiosity, but it exemplifies the rich diversity of attitudes, dreams, and hopes that blossomed in 1918.

Maciej Krupa is a journalist and mountain guide who lives and works in Zakopane, Poland. An anthropologist and historian by training, he is the co-founder of the local weekly newspaper, "Tygodnik Podhalanski," and a former BBC World Service producer. Krupa has authored and co-authored several books and numerous publications on topics related to Zakopane and the Tatra Mountains. His most recent works in English include: "The Tatras," "Zakopane," "Podhale" (2018); "The Outstanding Residents of the Zakopane Trail" (2017); and "Zakopane, Past and Present" (2004).

This lecture marks the opening “100 Years of Polish Independence: Zakopane 1918,” an exhibition of photographs from the archives of the Tatra Museum in Zakopane, Poland. The Copernicus Program in Polish Studies has curated the exhibit and organized public lectures in collaboration with the Tatra Museum, the Adam Mickiewicz Institute in Warsaw, and Culture.pl as part of POLSKA 100, an international cultural program commemorating the centenary of Poland regaining Independence. It is financed by the Ministry of Culture and National Heritage of the Republic of Poland as part of the multi-year program NIEPODLEGŁA 2017-22.