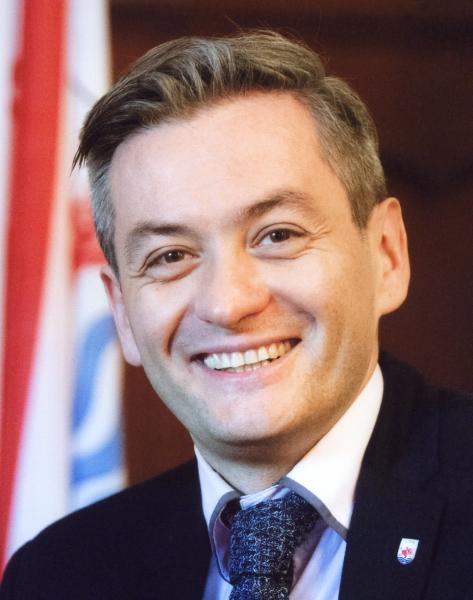 Robert Biedroń will explore the recent history of LGBT rights in Poland. Following the fall of communism, new opportunities arose, and the official registration of organizations and media presence helped start a dialogue in Polish society, followed by a period of progress. Recently there has been a backlash and legislative ban on almost all LGBT-related issues. Biedroń will draw on his years of experience as a legislator and activist to provide an overview of this history and discuss the current political climate.

Robert Biedroń, mayor of Słupsk, Poland, is an LGBT activist and a member of the Congress of Local and Regional Authorities of the Council of Europe. He holds a Ph.D. in political science and a diploma from the School for Young Social and Political Leaders in Warsaw. Having served as a consultant to numerous human rights organizations both in Poland and abroad, Biedroń is the co-founder and a long-standing president of the Warsaw-based Campaign Against Homophobia which protects the constitutionally guaranteed rights of sexual minorities in Poland. From 2011-14, he was an elected member of the Polish Parliament, serving as vice-chair of the Justice and Human Rights Committee and a member of the Foreign Affairs Committee. The first openly gay parliamentarian and mayor in Poland, Biedroń participates in the Advisory Group on Gender, Forced Displacement and Protection launched by the United Nations High Commissioner for Refugees.

Part of the Minorities series which will focus on the fates and challenges various minorities face, from ethnic and racial groups to people with disabilities and members of LGBT communities. How do different political regimes come to define groups as minorities, and how do they engage with them as a result? What can the experience of minorities in the other parts of the world teach us?
Copernicus Center for Polish Studies
500 Church Street
Weiser Hall, Suite 500
Ann Arbor, MI 48109-1042
copernicus@umich.edu
A member of the International Institute
734.764.0351
734.763.4765
Sitemap
Facebook Youtube