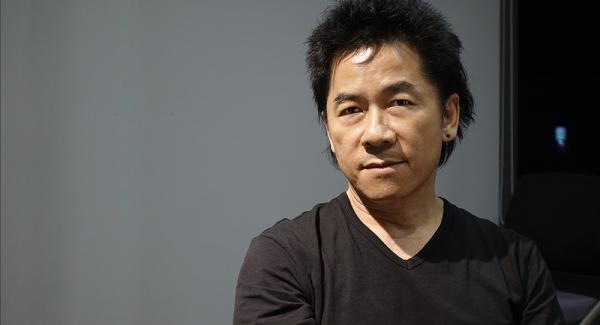 Cosponsored by the Penny W. Stamps School of Art & Design and the Department of Art History.

Since North Korea has been closed off from the world for more than seven decades and has been considered a pariah state, when art from the DPRK trickled out to the world through small exhibitions and auctions, most of those who evaluated the works were already inclined to judge them with preconceptions.

This talk by Professor BG Muhn will explore these outside perspectives on North Korean art, specifically focusing on perceptions of chosonhwa, the North Korean name for Oriental ink wash painting. We are familiar with the concepts of “art for art’s sake,” “free expression,” and “art created in accordance with an artist’s unconstrained free will.” Considering the context of the DPRK, many people ask: Can art in a true sense exist in a socialist state? Professor Muhn will address the complexities embedded in the answer to this and other questions about North Korean art.

A professor in the Department of Art and Art History at Georgetown University, BG Muhn is also an accomplished painter who has achieved substantial and noteworthy professional recognition through solo exhibitions in venues such as Stux Gallery in the Chelsea district of New York City, Ilmin Museum of Art in Seoul and the American University Museum in Washington, DC. Muhn has received several awards for his artistic merits, including the Maryland State Arts Council’s Individual Artist Award and Best in Show at the Bethesda Painting Awards competition. His artwork has been collected in museums and galleries, which include the National Museum of Modern and Contemporary Art in South Korea. He also has received acclaim in reviews in "The New York Times," "The Washington Post," and "Art in America."

In addition to actively showing his artworks, Muhn has taken a strong interest in and researched the relatively unknown field of North Korean art, particularly chosonhwa or ink wash painting on mulberry paper. He made numerous research trips to Pyongyang, North Korea, over the last six years and visited art institutions such as the Choson National Art Museum, the Mansudae Art Studio and the Pyongyang University of Fine Arts. His research is comprised of reviewing a prodigious amount of North Korean artwork in person and interviewing artists, art historians, museum staff, faculty and students. Based on his work, he has delivered lectures on North Korean art at academic venues and cultural centers including Columbia, Harvard, Johns Hopkins, Georgetown and Ohio State universities; the Watermill Center in Long Island; the Korea Society in New York; and the Wilson Center in Washington, DC.

His research on North Korean art culminated in the book, "North Korean Art: The Enigmatic World of Chosonhwa" (to be released in the fall of 2019), which was first published as "Pyongyang misul: chosonhwa neonun nugunya" in Korean by Seoul Selection in the spring of 2018.

Professor Muhn has curated two major North Korean art exhibitions, one at the American University Museum in Washington, DC, in 2016 and the other at the Gwangju Biennale in 2018. The catalogue "North Korean Art: Paradoxical Realism" was published in English in conjunction with the Gwangju Biennale.
Nam Center for Korean Studies
Weiser Hall
500 Church Street, Suite 400
Ann Arbor, MI 48109-1042
ncks.info@umich.edu
A member of the International Institute
734.764.1825
734.764.2252
Sitemap
Facebook Twitter Youtube Flickr