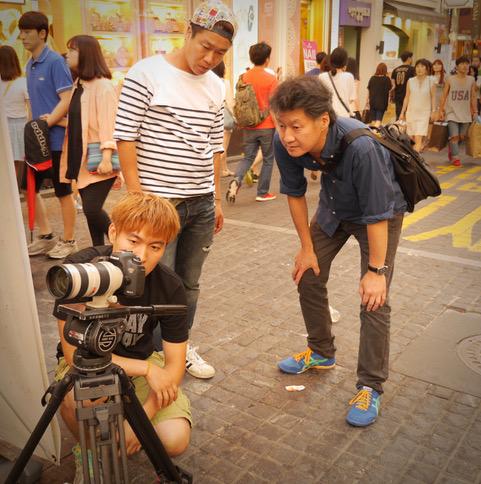 David Chung will present an illustrated lecture that traces his career as a visual artist and filmmaker. He will discuss projects about Korean diasporic populations in the United States and the former Soviet Union as well as a work in progress about North Korean refugees living in Seoul.

Born in Bonn, Germany, and educated in the United States, David Chung is an acclaimed visual artist and filmmaker known for his large-scale drawings, prints, video installations and films. His work focuses on how identities are shaped in immigrant communities and the challenges of refugees as they integrate into new homelands. Chung's work has been exhibited at the Boston Museum of Fine Arts, the Asia Society, the Walker Arts Center, Project Rowhouses, the Studio Museum in Harlem, the Gwangju Biennale in Korea, the Tretyakov Gallery of Art in Moscow, the Williams College Museum of Art, the Smithsonian Institution and a solo exhibition at the Whitney Museum of American Art. Chung has been the recipient of a National Endowment for the Arts Fellowship and the National Board Film Board of Canada’s Award for Best Documentary Film.

David Chung is a professor with the Stamps School of Art and Design and Core Faculty with the Nam Center for Korean Studies at the University of Michigan. Recently, he was the Kim Koo Visiting Professor at the Department of Visual and Environmental Studies at Harvard University.
Nam Center for Korean Studies
Weiser Hall
500 Church Street, Suite 400
Ann Arbor, MI 48109-1042
ncks.info@umich.edu
A member of the International Institute
734.764.1825
734.764.2252
Sitemap
Facebook Twitter Youtube Flickr