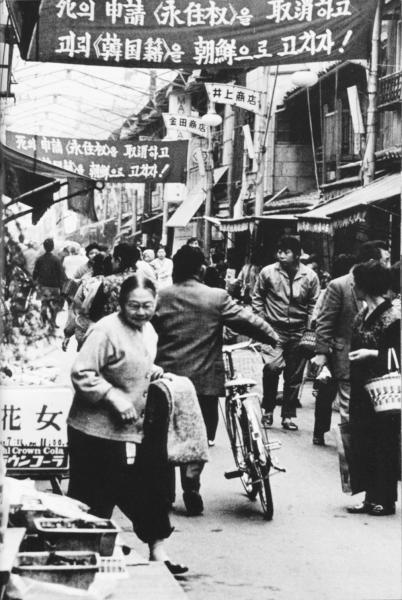 Co-sponsored by the Department of Sociology, the Program in Transcultural Studies, the Center for Japanese Studies, and the Lieberthal-Rogel Center for Chinese Studies .

Scholars have long examined the relationship between nation-states and their "internal others," such as immigrants and ethnoracial minorities. With her award-winning book Contested Embrace: Transborder Membership Politics in Twentieth-Century Korea (Stanford University Press, 2016), Jaeeun Kim shifts the analytic focus to explore how a state relates to people it views as "external members" such as emigrants and diasporas.

Contested Embrace is a comparative, historical, and ethnographic study of the complex relationships among the states in the Korean peninsula, colonial-era Korean migrants to Japan and northeast China and their descendants, and the states in which they have resided over the course of the twentieth century. Extending the constructivist approach to nationalisms and the culturalist view of the modern state to a transnational context, Contested Embrace illuminates the political and bureaucratic construction of ethno-national populations beyond the territorial boundary of the state. Through a comparative analysis of transborder membership politics in the colonial, Cold War, and post-Cold War periods, the book shows how the configuration of geopolitics, bureaucratic techniques, and actors' agency shapes the making, unmaking, and remaking of transborder ties. Kim demonstrates that being a "homeland" state or a member of the "transborder nation" is a precarious, arduous, and revocable political achievement. The talk will flesh out these claims through the analysis of (1) South Korea’s effort to create its own docile citizens out of ethnic Koreans in Japan in the fierce competition with North Korea; and (2) South Korea’s effort to control its territorial and membership boundary from ethnic Korean “return” migrants from China.

Jaeeun Kim is Assistant Professor of Sociology and the Korea Foundation Assistant Professor of Korean Studies at the University of Michigan. She was a postdoctoral fellow at Princeton (2011–2012) and Stanford (2012–2013), and a former member at the Institute for Advanced Study (2016–2017).
Nam Center for Korean Studies
Weiser Hall
500 Church Street, Suite 400
Ann Arbor, MI 48109-1042
ncks.info@umich.edu
A member of the International Institute
734.764.1825
734.764.2252
Sitemap
Facebook Twitter Youtube Flickr