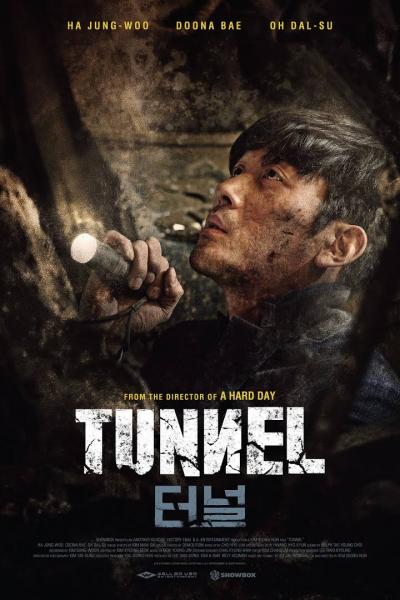 Jung-soo (Ha Jung-woo) is a car salesman on his way home for his daughter's birthday. While driving through the newly built Hado Tunnel, the structure suddenly collapses and he remains trapped in the rubble.

Luckily, his cellphone still works and he's able to call for help but things don't go as expected when it becomes clear that the rescue operation will be more complicated than planned and that his safety is not necessarily the only concern of the people above ground.

"The Tunnel is based on a 2013 novel by So Won-jae but one can clearly feel that the story has been reworked to reflect concerns over safety and the government's handling of national incidents in the wake of the Sewol Ferry Incident."
--Screenanarchy