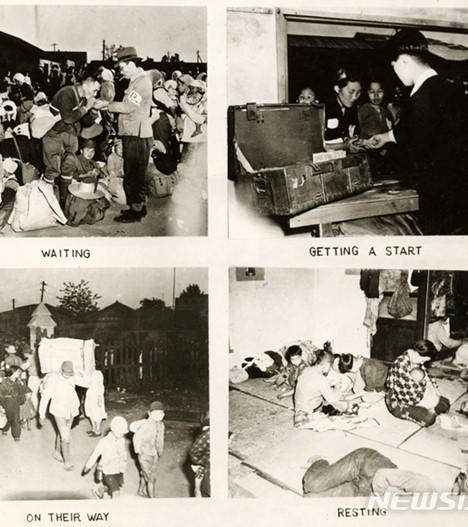 This event is co-sponsored by the U-M Department of History.

Correspondence from the Soviet Zone: Northern Refugees and the Rise of Cold War Nationalism in South Korea, 1945-49” introduces the stories of northern Koreans who crossed the 38th parallel of the Korean peninsula between 1945 and 1949 and entered the US-occupied South. According to Moon’s study, these migrants reached more than 1.4 million and were called North Korean refugees by the US military. In 1944, the US State Department circulated papers on Korea and the Netherlands East Indies and analyzed the scale of population movements and potential disasters in the region after the collapse of the Japanese empire. Based on sources including US documents, interviews of refugee survivors, and a magazine published by the defectors themselves, Moon explores the motives and trajectories of northern refugees from their crossing of the 38th parallel to their political activism after their settlement in South Korea. The northern defectors called their movement anti-colonial for the “independence of their hometown,” rather than considering it “counter-revolutionary.” The movements of northern refugees were critical to reshaping nationalism in Korea into its Cold War variants.

Yumi Moon is Associate Professor in the department of history at Stanford University. Moon received her BA and MA in Political Science and International Relations from Seoul National University and finished her PhD in History and East Asian Languages at Harvard University. Her first book Populist Collaborators: The Ilchinhoe and the Japanese Colonialization of Korea, 1896-1910 (Cornell University Press, 2013) studied the last phase of the Korean reformist movements and the Japanese colonization of Korea. She is currently leading a collective research project, Searching for ‘Postwar’ Asia, sponsored by the Academy of Korean Studies, South Korea. The project challenges the term “Postwar,” which originated from the Eurocentric perspective and is irrelevant to defining Asia’s post-1945 trajectory. The contributors of this project look for an alternative framework to explaining the entanglements of war and violence with peace and democracy in various regions of Asia. As a part of this project, she is editing a volume on Cold War Refugees in Asia. This book explores the five cases of Taiwan, Vietnam, Korea, Afghanistan, and Pakistan where large groups of refugees forcibly or voluntarily left their hometowns as a result of ongoing revolutions or war under the bipolar conflicts between the US and the USSR. She is also writing her second book, tentatively entitled Toward a Free State: Imperial Shift and the Making of Post-Colonial South Korea, 1937-1950. This book investigates Korea’s transition from the wartime colonial period to the US occupation. She published a result of her most recent research as a book chapter “Imperial Shift: Rice and Revolution in Trans-war Korea, 1939-1949” included in Transwar Asia: Ideology, Practices, and Institutions, 1920-1960 (Bloomsbury, 2022).
Nam Center for Korean Studies
Weiser Hall
500 Church Street, Suite 400
Ann Arbor, MI 48109-1042
ncks.info@umich.edu
A member of the International Institute
734.764.1825
734.764.2252
Sitemap
Facebook Twitter Youtube Flickr