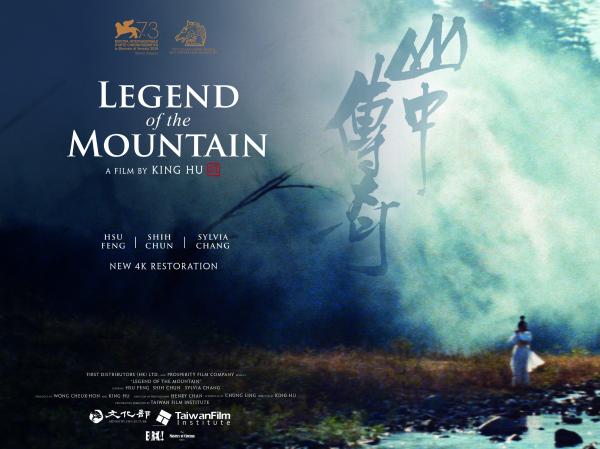 Best known for his classic martial arts films like "A Touch of Zen" and "Come Drink with Me," King Hu (1932-1997) was one of the true pioneers of the xuxia genre. This presentation will offer a case study of Hu's 1979 film "Legend of the Mountain," which combined element of the wuxia film with other genres, including the ghost stories, comedy, and the travelogue. Drawing on research and first-hand interviews with the film's lead actor Shih Chun, this talk will be divided into two parts: The first section will discuss the curious production details of the film as a pioneering example of a pan-Asian co-production and the film's curious reception, which went from a long-overlooked minor work to be rediscovered as a "masterpiece" decades after its initial release. During the second half of the talk, focus will turn to the film itself and how it was revolutionary both in terms of film form but also its political intervention.

Michael Berry is Professor of Contemporary Chinese Cultural Studies and Director of the Center for Chinese Studies at UCLA at UCLA. He is the author of "Speaking in Images: Interviews with Contemporary Chinese Filmmakers" (2006), "A History of Pain: Trauma in Modern Chinese Literature and Film" (2008), "Jia Zhangke’s Hometown Trilogy" (2009), and "Boiling the Sea: Hou Hsiao-hsien’s Memories of Shadows and Light" (2014) and co-editor of "Divided Lenses" (2016) and "Modernism Revisited" (2016). Forthcoming books included “An Accented Cinema: Jia Zhangke on Jia Zhangke;” and an edited collection on the 1930 Musha Incident in Taiwan. He is currently completing a monograph that explores the United States as it has been imagined through Chinese film, literature, and popular culture, 1949-present.

He has contributed to numerous books and periodicals, including "The Oxford Handbook of Chinese Cinemas," "A Companion to Chinese Cinema," "Electric Shadows: A Century of Chinese Cinema," "Columbia Companion of Modern Chinese Literature," "Harvard New Literary History of Modern China," and "The Chinese Cinema Book." Berry has also served as a film consultant and a juror for numerous film festivals, including the Golden Horse (Taiwan) and the Fresh Wave (Hong Kong). He is also the translator of several novels, including "Wild Kids" (2000), "Nanjing 1937: A Love Story" (2002), "To Live" (2004), "The Song of Everlasting Sorrow" (2008) and most recently "Remains of Life" (2017).