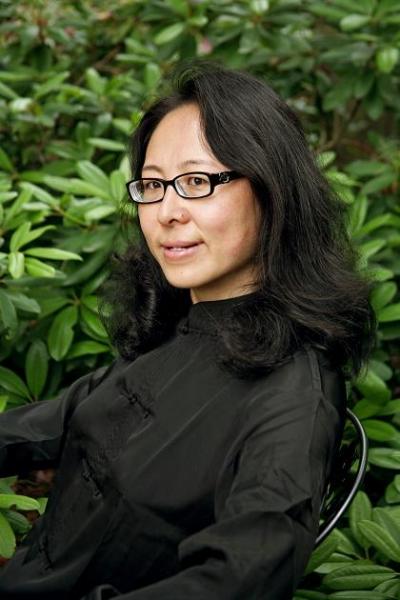 Professor Gao’s talk lifts out of the dustbin of history the life and career of Liu Liangmo, a talented musician, prolific journalist, and Christian activist. Liu agilely navigated slippery trans-Pacific political and ideological landscapes throughout the World War II and Cold War. After “coaxing the Chinese (civilians and soldiers) into mass signing” and helping to invent the new genre “songs of resistance” to promote national morale and unified resistance against Japan, Liu sojourned to the United States. There, despite close surveillance by the FBI, he formed an unusual alliance with African Americans by contributing a weekly column to the biggest black newspaper “Pittsburgh Courier” and cooperating with Paul Robeson, the world famous singer and actor, in popularizing Chinese songs of resistance. Robeson and Liu brought the future national anthem of the People’s Republic of China (PRC) into global circulation. Meanwhile, Liu traveled more than 100,000 miles to speak and sing about China to grassroots white Americans on behalf of the United China Relief. Later, as a top official representing Protestant denominations in the PRC, Liu helped to bring Christianity into line with the new regime, served China as its authoritative interpreter of the United States, and facilitated the alliance between the PRC and such African American cultural giants as W.E.B Du Bois, Shirley Graham Du Bois, and Paul Robeson.

Yunxiang Gao is Associate Professor of History at Ryerson University in Toronto. Her current research focuses primarily on trans-Pacific cultural history in World War II. Professor Gao’s book, “Sporting Gender: Women Athletes and Celebrity-Making during China’s National Crisis, 1931-1945,” appeared in 2013 with the University of British Columbia Press. She has published articles in “The Du Bois Review,” “Gender and History,” “The Journal of American East-Asian Relations,” “Modern Chinese Literature and Culture,” and “Sport in Society.” Several of her articles have been translated into Chinese. Currently, Professor Gao is finishing two books: One is entitled "Arise, Africa! Roar, China!: Sino-African-American Citizens of the World in the Twentieth Century." It focuses on the cultural network of Chinese and African Americans, including W.E.B Du Bois, Paul Robeson, Langston Hughes, actress Wang Yung, founder of mass singing Liu Liangmo, and modern dancer Sylvia Si-lan Chen; The other one is a biography tentatively entitled “Soo Yong (1903-1984): A Hollywood Actress and Cosmopolitan of the Asian Diasporas.”