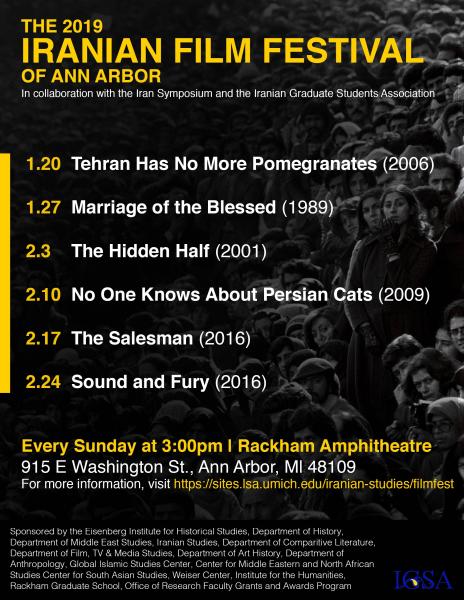 January 20: Tehran Has No More Pomegranates (2006), directed by Massoud Bakhshi

January 27: Marriage of the Blessed (1989), directed by Mohsen Makhmalbaf

February 3: The Hidden Half (2001), directed by Tahmineh Milani

February 10: No One Knows About Persian Cats (2009), directed by Bahman Ghobadi