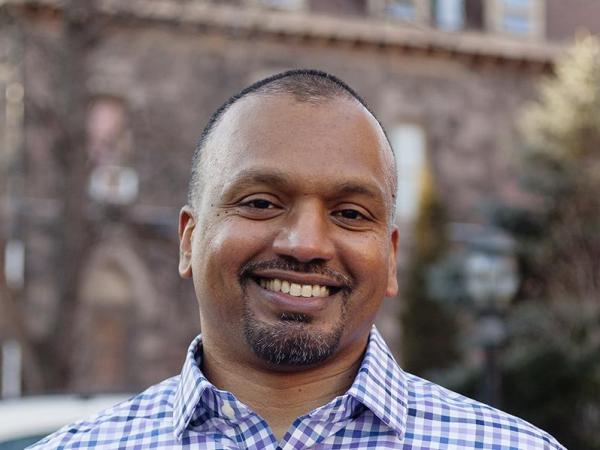 Bean pie will be served!

If American national identity can be signified by apple pie, then African American Muslim identity can be signified by navy bean pie. Developed in the early 20th century by members of the Nation of Islam (NOI), the bean pie has achieved iconic status in Black urban communities as a tasty dessert associated closely with African American Muslims (in and out of the NOI) who produce and distribute it. As a signature dish, the pie is much more than an edible treat—baked into the pie are communities’ spiritual commitments, political ideologies, cultural discourses, and economic programs. Drawing on oral histories and archival sources, this presentation will examine what the navy bean pie and food practices of African American Muslims can tell us about their faith, politics, and culture.

Zaheer Ali is the Oral Historian at Brooklyn Historical Society, where he currently directs Muslims in Brooklyn, a public history and arts project designed to amplify the stories of Brooklyn’s Muslim communities and contextualize those stories in the broader histories of Brooklyn, New York City, and the United States. His work on the project was recently featured in a now viral video on the Muslim bean pie for Slate.com’s Who’s Afraid of Aymann Ismail? that has been viewed over 4 million times on Facebook, with over 50,000 shares. He also co-hosts and co-produces Flatbush + Main, Brooklyn Historical Society’s award-winning monthly podcast, now in its third year of exploring Brooklyn’s past and present through scholarly discussions, historical archives, and oral histories. Formerly, he served as Project Manager of Columbia University’s Malcolm X Project under the direction of the late Manning Marable, and served as a lead researcher for Marable’s Pulitzer Prize winning biography, Malcolm X: A Life of Reinvention (2011). In addition to Brooklyn, Muslims in America, and Malcolm X, his scholarly interests include 20th century United States history, the Black freedom movement, and Prince Rogers Nelson—topics explored in courses he has taught as an adjunct lecturer at New York University.