Religion or Ethnicity? : The Evolution of Jewish Identities 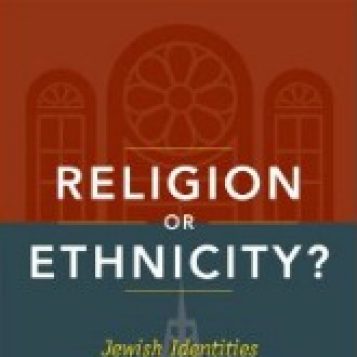 In Religion or Ethnicity? fifteen leading scholars trace the evolution of Jewish identity. The book examines Judaism from the Greco-Roman age, through medieval times, modern western and eastern Europe, to today. Jewish identity has been defined as an ethnicity, a nation, a culture, and even a race. Religion or Ethnicity? questions what it means to be Jewish. The contributors show how the Jewish people have evolved over time in different ethnic, religious, and political movements. In his closing essay, Gitelman questions the viability of secular Jewishness outside Israel but suggests that the continued interest in exploring the relationship between Judaism's secular and religious forms will keep the heritage alive for generations to come (Rutgers University Press).