Jewish Identities in Postcommunist Russia and Ukraine: an Uncertain Ethnicity 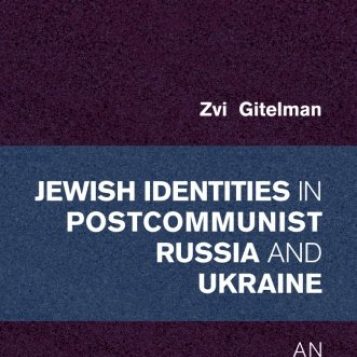 Before the USSR collapsed, ethnic identities were imposed by the state. This book analyzes how and why Jews decided what being Jewish meant to them after the state dissolved and describes the historical evolution of Jewish identities. Surveys of more than 6,000 Jews in the early and late 1990s reveal that Russian and Ukrainian Jews have a deep sense of their Jewishness but are uncertain what it means. They see little connection between Judaism and being Jewish. Their attitudes toward Judaism, intermarriage, and Jewish nationhood differ dramatically from those of Jews elsewhere. Many think Jews can believe in Christianity and do not condemn marrying non-Jews. This complicates their connections with other Jews and their resettlement in Israel, the United States, and Germany, as well as the rebuilding of public Jewish life in Russia and Ukraine. Nonetheless, post-Communist Jews, especially the young, are transforming religious-based practices into ethnic traditions and increasingly manifesting their Jewishness in public.