Tuning Out Blackness: Race and Nation in the History of Puerto Rican Television 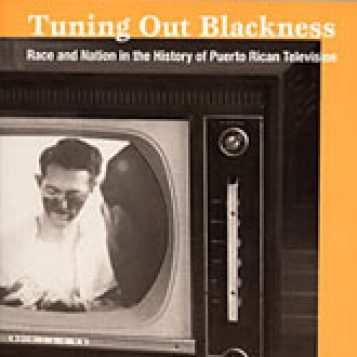 Tuning Out Blackness fills a glaring omission in U.S. and Latin American television studies by looking at the history of Puerto Rican television. In exploring the political and cultural dynamics that have shaped racial representations in Puerto Rico’s commercial media from the late 1940s to the 1990s, Yeidy M. Rivero advances critical discussions about race, ethnicity, and the media. She shows that televisual representations of race have belied the racial egalitarianism that allegedly pervades Puerto Rico’s national culture. White performers in blackface have often portrayed “blackness” in local television productions, while black actors have been largely excluded.