Literary Passports: The Making of Modernist Hebrew Fiction in Europe 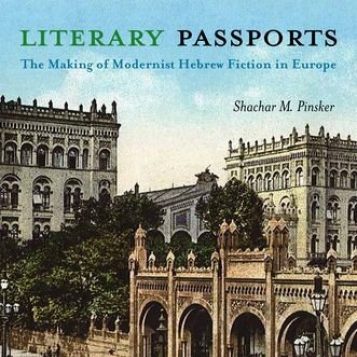 Literary Passports is the first book to explore modernist Hebrew fiction in Europe in the early decades of the twentieth century. It not only serves as an introduction to this important body of literature, but also acts as a major revisionist statement, freeing this literature from a Zionist-nationalist narrative and viewing it through the wider lens of new comparative studies in modernism. The book's central claim is that modernist Hebrew prose-fiction, as it emerged from 1900 to 1930, was shaped by the highly charged encounter of traditionally educated Jews with the revolution of European literature and culture known as modernism.

The book deals with modernist Hebrew fiction as an urban phenomenon, explores the ways in which the genre dealt with issues of sexuality and gender, and examines its depictions of the complex relations between tradition, modernity, and religion.