Embers of the Past: Essays in Time of Decolonization 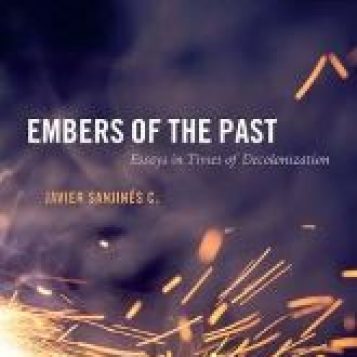 Embers of the Past is a powerful critique of historicism and modernity. Javier Sanjinés C. analyzes the conflict between the cultures and movements of indigenous peoples and attention to the modern nation-state in its contemporary Latin American manifestations. He contends that indigenous movements have introduced doubt into the linear course of modernity, reopening the gap between the symbolic and the real. Addressing this rupture, Sanjines argues that scholars must rethink their temporal categories. Toward that end, he engages with recent events in Latin America, particularly in Bolivia, and with Latin American intellectuals, as well as European thinkers disenchanted with modernity. Sanjinés dissects the concepts of the homogeneous nation and linear time, and insists on the need to reclaim the indigenous subjectivities still labeled "premodern" and excluded from the production, distribution, and organization of knowledge.