The Soviet Experiment: Russia, the USSR, and the Successor States 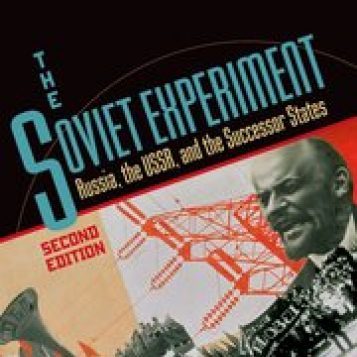 Now thoroughly revised in its second edition, The Soviet Experiment examines the complex themes of Soviet history, ranging from the last tsar of the Russian empire to the first president of the Russian republic. Author Ronald Grigor Suny, one of the most eminent Soviet historians of our time, examines the legacies left by former Soviet leaders and explores successor states and the challenges they now face. He captures familiar as well as little-known events--the crowds on the streets during the February Revolution, Stalin's collapse into a near-catatonic state after Hitler's invasion, and Yeltsin's political maneuvering and public grandstanding--combining gripping detail with insightful analysis.

Month of Publication: May