The Making of the Georgian Nation 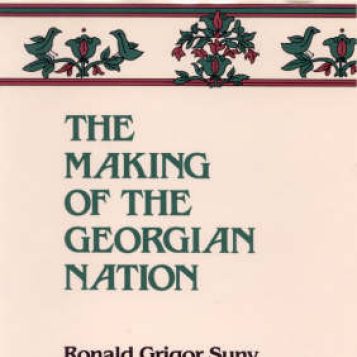 Like the other republics floating free after the demise of the Soviet empire, the independent republic of Georgia is reinventing its past, recovering what had been forgotten or distorted during the long years of Russian and Soviet rule. Whether Georgia can successfully be transformed from a society rent by conflict into a pluralistic democratic nation will depend on Georgians rethinking their history.

This is the first comprehensive treatment of Georgian history, from the ethnogenesis of the Georgians in the first millennium B.C., through the period of Russian and Soviet rule in the nineteenth and twentieth centuries, to the emergence of an independent republic in 1991, the ethnic and civil warfare that has ensued, and perspectives for Georgia's future.

..". the best study in English to date for an understanding of Georgian nationalism." --Religious Studies Review