From Iron Rice Bowl to Informalization: Markets, State and Workers in a Changing China 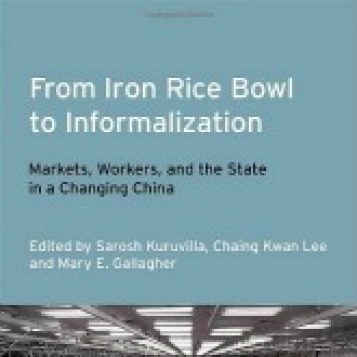 In the thirty years since the opening of China's economy, China's economic growth has been nothing short of phenomenal. At the same time, however, its employment relations system has undergone a gradual but fundamental transformation from stable and permanent employment with good benefits (often called the iron rice bowl), to a system characterized by highly precarious employment with no benefits for about 40 percent of the population.  In From Iron Rice Bowl to Informalization, an interdisciplinary group of authors examines the nature, causes, and consequences of informal employment in China at a time of major changes in Chinese society. This book provides a guide to the evolving dynamics among workers, unions, NGOs, employers, and the state as they deal with the new landscape of insecure employment (Cornell University Press).