Speaking of Flowers: Student Movements and the Making and Remembering of 1968 in Military Brazil 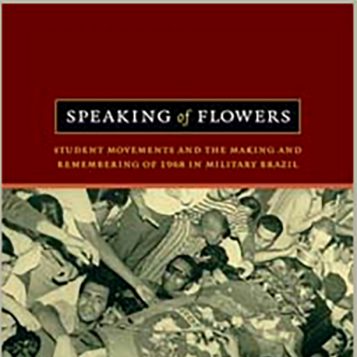 Speaking of Flowers is an innovative study of student activism during Brazil's military dictatorship (1964–85) and an examination of the very notion of student activism, which changed dramatically in response to the student protests of 1968. Looking into what made students engage in national political affairs as students, rather than through other means, Victoria Langland traces a gradual, uneven shift in how they constructed, defended, and redefined their right to political participation, from emphasizing class, race, and gender privileges to organizing around other institutional and symbolic forms of political authority.

Embodying Cold War political and gendered tensions, Brazil's increasingly violent military government mounted fierce challenges to student political activity just as students were beginning to see themselves as representing an otherwise demobilized civil society. By challenging the students' political legitimacy at a pivotal moment, the dictatorship helped to ignite the student protests that exploded in 1968. In her attentive exploration of the years after 1968, Langland analyzes what the demonstrations of that year meant to later generations of Brazilian students, revealing how student activists mobilized collective memories in their subsequent political struggles.