Yiddish in Weimar Berlin: At the Crossroads of Diaspora Politics and Culture 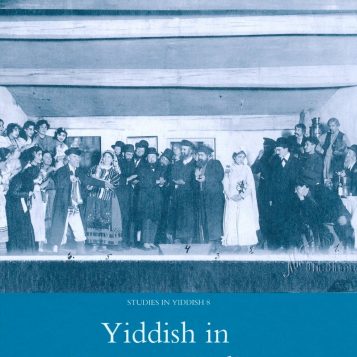 Berlin emerged from the First World War as a multicultural European capital of immigration from the former Russian Empire, and while Russian emigres spread westward in the 1920s, a thriving East European Jewish community remained. Jewish intellectuals and activists participated vigorously in German cultural and political debate. Multilingual Jewish journalists, writers, actors and artists, invigorated by the creative atmosphere of the city, radically modernized Jewish culture. Even after 1933, Berlin remained a vital presence in Jewish cultural memory, as is testified by the works of Sholem Asch, Israel Joshua Singer, Zalman Shneour, Moyshe Kulbak, Uri Zvi Grinberg and Meir Viner. The story of Yiddish culture in Weimar Berlin is a case study in the development of Europe as a multilingual and multiethnic society. But it is a complex story, mixing integration with separateness. This book combines contributions on history and culture by an international team of leading scholars with representative samples of Yiddish poetry, prose and journalism from Weimar Berlin.