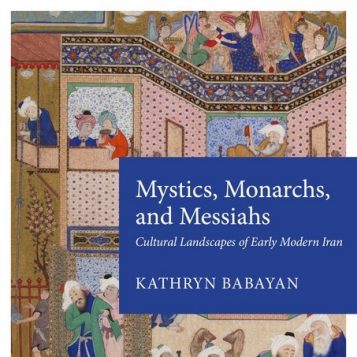 Focusing on idealists and visionaries who believed that Justice could reign in our world, this book explores the desire to experience utopia on earth. Reluctant to await another existence—another form, or eternal life following death and resurrection—individuals with ghuluww, or exaggeration, emerged at the advent of Islam, expecting to attain the apocalyptic horizon of Truth. In their minds, Muhammad’s prophecy represented one such cosmic moment of transformation. Even in the early modern period, some denizens of Islamdom continued to hope for a utopia despite aborted promises and expectations. In a moment of enthusiasm, one group called the Qizilbash (Red Heads) took up arms at the turn of the sixteenth century to fight for Shaykh Isma’il Safavi, their divinely inspired leader. The Safavis succeeded in establishing an empire, but their revolutionary sensibilities were exposed to erasures and expulsion into the realms of heresy. The social settings in which such beliefs were performed in early modern Iran are highlighted in order to tease out the relationship between discourse and practice, narrating the ways in which a Persianate ethos uncovered new Islamic identities (Alid and Sufi). Mystics, Monarchs and Messiah explores these belief systems within a dialogue between Semitic, Indo-Iranian, and Hellenic cultures that continued to resist the monotheist impulse to delay the meeting of the holy with the human until the end of time.