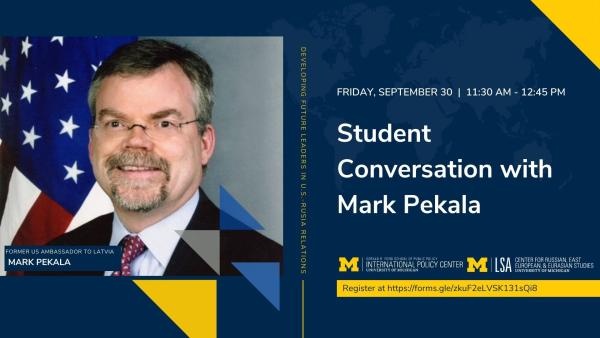 This event is open to current U-M students only. A light lunch will be provided. Registration is required at http://myumi.ch/9P8dW

Ambassador Mark Pekala will reflect on his experience as U.S. Ambassador to Latvia (2012–2014) and the shared policy priorities between the U.S., Latvia, and Latvia’s Baltic neighbors.

This event is co-sponsored with the Ford School's International Policy Center (IPC).