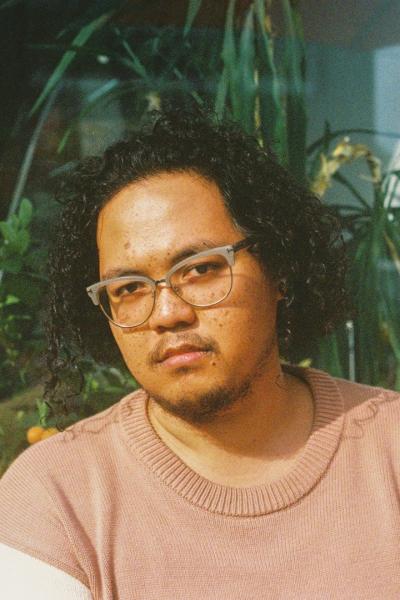 After wars of counterinsurgency are waged on the colonial front, they march into the colonized self. Few places exemplify this more than the Philippines, the United States’ first overseas colony, a plentiful source of American migrant labor, and the site of one of America’s most brutal but unacknowledged 20th-century genocidal campaigns. Direct American occupation had supposedly come to an end under the aegis of Filipinization: the systematic appropriation of native leadership into American colonial occupation and counterinsurgency. But, I argue, that Filipinization also informed the everyday conduct and political imaginations of those outside of structures of power, namely, migrant workers across the Pacific.

In this talk, I suggest that American counterinsurgency did not end after direct colonial rule but informed how people across the Pacific imagined how the future citizens of a soon-to-be independent Philippine nation might behave. This provisional subject—what I am calling the Filipino subjunctive emerges from these transnational imaginaries, in and out of the purview of elite projects of state formation. Through the creative labors of everyday life, these thinkers asked: What would it look like to be Filipino, subjects of a nation yet to come? And who would pay the price for such a national community to come into existence?

Adrian De Leon is an award-winning writer and public historian in Los Angeles. He is an assistant professor of American Studies and Ethnicity at the University of Southern California and a host for PBS Digital Studios and the Center for Asian American Media. His first academic book, Bundok: A Hinterland History of Filipino America (forthcoming, University of North Carolina Press), retells the longue durée of U.S. empire and early Philippine migration through the native peoples of Northern Luzon. He is at work on two scholarly projects: The Philippines for Filipinos: A Conditional History of a Commonwealth (under contract, University of Washington Press), which follows non-elite migrant nationalisms in the shadow of American counterinsurgency; and A fter Homeland: A Return in Four Movements, a short book on return migrations and the contemporary articulation of “homelands” in the Philippines and around the world. His academic and creative work has been featured in venues such as Los Angeles Times, N ational Geographic, VICE, Rolling Stone, and ABC Nightline.