WCED Book Talk. From Development to Democracy: The Transformations of Modern Asia 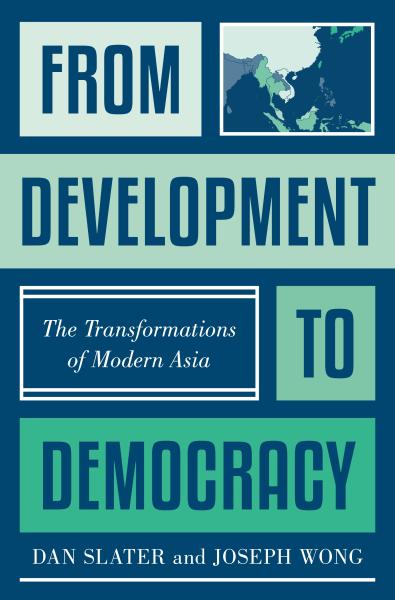 Over the past century, Asia has been transformed by rapid economic growth, industrialization, and urbanization—a spectacular record of development that has turned one of the world’s poorest regions into one of its richest. Yet Asia’s record of democratization has been much more uneven, despite the global correlation between development and democracy. Why have some Asian countries become more democratic as they have grown richer, while others—most notably China—haven’t? In From Development to Democracy, Dan Slater and Joseph Wong offer a sweeping and original answer to this crucial question.

The event will be followed by a reception.

Slater specializes in the politics and history of enduring dictatorships and emerging democracies, with a regional focus on Southeast Asia. His research interests include comparative politics, international relations, world politics, and methodology. He is the author of Ordering Power: Contentious Politics and Authoritarian Leviathans in Southeast Asia (Cambridge University Press, 2010) and co-editor of Southeast Asia in Political Science: Theory, Region, and Qualitative Analysis (Stanford University Press, 2008).

Wong is the author of many academic articles and several books, including Healthy Democracies: Welfare Politics In Taiwan and South Korea and Betting on Biotech: Innovation and the Limits of Asia’s Developmental State, both published by Cornell University Press. He has been a visiting scholar at institutions in the U.S., Taiwan, Korea, and the UK; has worked extensively with the World Bank and the UN; and has advised governments on matters of public policy in Asia, Africa, the Americas, and Europe. His current research focuses on poverty and innovation.

This lecture will be presented in person in 1010 Weiser Hall and on Zoom. Webinar registration required at https://myumi.ch/n8ePe.