CREES Noon Lecture. Neo-nationalism and De-democratization in Hungary: Anti-Gender Policies and the Politics of Resentment 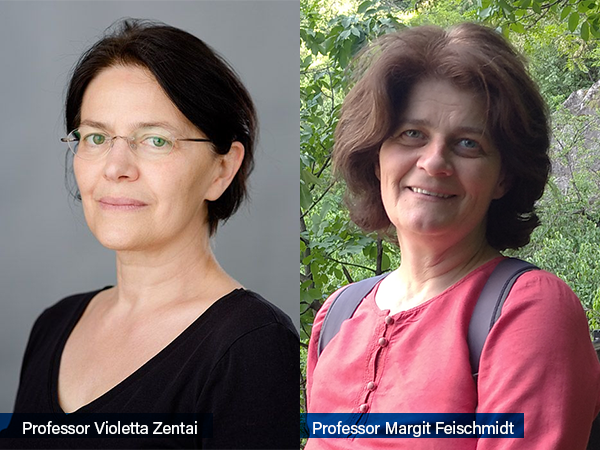 Free and open to the public. Register at: https://myumi.ch/yKeER

For over a decade in Hungary, the FIDESZ government of Viktor Orban has pursued the making of an “illiberal” democracy. During this period, CREES has sponsored lectures on events in Hungary, including Hungary’s outsized influence on populist and far-right movements elsewhere in Europe and more recently in the United States. Today’s roundtable continues this conversation with the work of two Hungarian anthropologists, Violetta Zentai and Margit Feischmidt. Each will briefly discuss aspects of their current work investigating contemporary Hungary under the Orban regime and then open the discussion to questions from the audience. The roundtable will be moderated by professor of anthropology and CREES faculty associate Krisztina Fehervary.

Professor Zentai will provide an overview from her work on the “anti-gender” political discourses propagated by the current authoritarian-populist regime, and its linkages to de-democratization in the region. Anti-gender discourses not only embrace sexist, homophobic, and anti-gender-equality reasoning, but help enact a nativist and biopolitical right-wing social imagination. She will address the transnational sources of this discourse as well as how it is used by home-grown actors to normalize and make respectable forms of discrimination that were once considered populist, backwards, and exclusionary.

Professor Feischmidt’s presentation will draw on a larger project undertaken to understand the cultural logic and social support of new forms of nationalism in Hungary. Here, she will discuss political elites who have fostered the contemporary “Trianon Cult,” a new phenomenon of collective mourning for losses suffered a century ago in the Treaty of Trianon (1920). This “view from above” will be complemented with a “view from below,” by examining the meanings that audiences give to these newly-constructed collective memories. The argument of the paper is that while the Trianon-cult invokes a historical trauma, it in fact speaks to current feelings of loss and resentment.


Margit Feischmidt is a research professor at the Research Centre for Social Sciences, Hungarian Academy of Sciences Centre of Excellence, where she leads the Department for Sociology and Anthropology in Minority Studies. She is also the editor-in-chief of Intersections. East European Journal of Society and Politics and professor of communication and media studies, University of Pécs. With a doctoral degree from Humboldt University, she works on issues of migration, nationalism, ethnicity and minorities in East-Central Europe. Her first important publication was Nationalist Politics and Everyday Ethnicity in a Transylvanian Town (2006, Princeton University Press) co-authored by Brubaker, Fox and Grancea. After years working mainly on Roma and immigrant minorities in the region, she currently investigates new forms of nationalism, racism and the far-right. Her most recent edited book (with Pries and Cantat) is on civic forms of solidarity ( Refugee Protection and Civil Society in Europe, Palgrave Macmillan, 2019).

Violetta Zentai is a social anthropologist, associate professor in the Department of Public Policy, recurring visiting faculty in the Department of Sociology and Social Anthropology, and research fellow at the Democracy Institute of Central European University, Budapest-Vienna. Her research focuses on ethnic and gender in/equalities, post-socialist socio-economic transformations, European social inclusion policies, and pro-equality civil society formations. She also worked with the Open Society Foundations for two decades. She co-leads a multi-year project titled Roma Civil Monitor with the participation of 90+ NGOs. Her publications include: A Reflexive History of the Romani Women’s Movement: Struggles and Debates in Central and Eastern Europe. (Kocze, Zentai, Jovanovic, Vincze, eds., Routledge, 2018), and From the Shadow to the Limelight: the Value of Civil Society Policy Monitoring Knowledge in Roma Equality Struggles (Hojsik, Munteanu, Zentai, eds., CEU, forthcoming).

----
If there is anything we can do to make this event accessible to you, please contact crees@umich.edu. Please be aware that advance notice is necessary as some accommodations may require more time for the university to arrange.