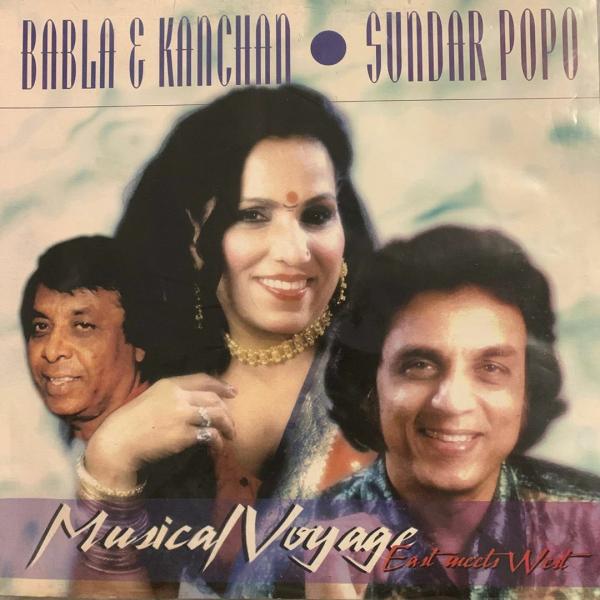 Scholarship on Indian cinema has focused mainly on the subcontinent and the newer, so-called “First World diasporas” of Europe and North America. An older diaspora was created in the 19th century through the transportation of nearly two million Indians to the Caribbean and elsewhere as indentured labor. The mixing of African- and Indian-diasporic cultures in Trinidad, Suriname, and Guyana has produced a dazzling mélange of hybrid visual, performance, and sonic forms, many of which are centrally informed by popular Indian cinema, a key cultural presence in the region since the 1930s.

Through the case study of an Indian performing duo, Babla and Kanchan, whose film music shows were wildly popular in the Anglophone Caribbean in the 1980s, this talk examines the pulsating energies of cultural traffic between the Caribbean and the Bombay film industry, mapping multi-directional, transoceanic creolization across the Indian and Atlantic Oceans. A little-known circuit of orchestra performers carried reverberations from their Caribbean shows to produce innovations in the aural scape of India’s film capital, Bombay, which appropriated chutney and soca songs in its blockbusters.

I employ a transregional mode of analysis that considers the interplay of spatial scales between the local, national, and global, as well as the temporal scales of empire, slavery, indenture, and postcoloniality to understand how the movement of commodities, capital, and labor produce certain cultural circuits and film industrial formations. The traffic of labor and culture across oceanic media pathways are embodied in film music orchestras like Babla and Kanchan’s that carry sonic and kinetic practices across regions, languages, and Black and brown racial identities, producing as it were, a cinematic cosmopolitanism from below. Studying cinema’s intermedial networks between and across Bombay and the Caribbean illuminates the multi-sited enfoldings of transcultural, transregional exchanges that extend and enrich conversations on race, media, and identity.

Usha Iyer is Assistant Professor of Film and Media Studies in the Department of Art and Art History at Stanford University. Their book, Dancing Women: Choreographing Corporeal Histories of Hindi Cinema (Oxford University Press, 2020), examines constructions of gender, stardom, sexuality, and spectacle in Hindi cinema through women’s labor, collaborative networks, and gestural genealogies to produce a corporeal history of South Asian cultural modernities. Their next project studies the affective engagements of Caribbean spectators with Indian cinema and the impact of Caribbean performance forms on Indian film industries. Dr. Iyer is Associate Editor of South Asia: Journal of South Asian Studies. Their essays have appeared and are forthcoming in Camera Obscura, South Asian Popular Culture, Figurations in Indian Film, and The Oxford Handbook of Film Theory, among others.