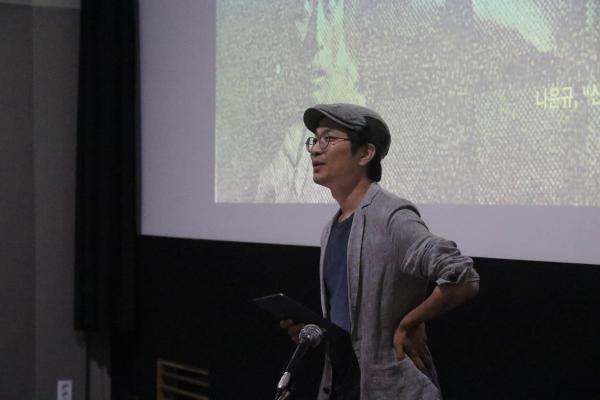 Please note: This session will be held virtually EST through Zoom. This webinar is free and open to the public, but registration is required. Once you've registered the joining information will be sent to your email.

Are subtitles the “one-inch-tall barrier,” as director Bong Joon-ho has characterized in his 2020 Golden Globe speech? Or aren’t they an invitation to foreign cultural products? This presentation revolves around the enthusiastic responses by Korean audiences toward the English subtitles for Bong’s award-winning feature, Parasite (2019). Subtitles have long been the target, probably the easiest target of global cinema fans for their mistranslation. As a subordinate translation to an audiovisual text, subtitling is inherently vulnerable to such criticism due to the technical restrictions of time and space. For Parasite, however, the case was different. As it won Cannes’ Palm d’Or in May 2019, its English subtitles—done by Darcy Paquet—were quickly named as one of the most contributing factors that made Bong’s masterpiece accessible to non-Korean-speaking audiences. Korean film fans lauded Paquet’s English subtitles for achieving the impossible task of translating the highly untranslatable details in Bong’s film, namely “Bong-tail,” which have been considered a feature that characterizes the director’s thorough approach to filmmaking. What sets such Korean audiences’ enthusiasm for English subtitles apart from their general dismissal of Korean subtitles for international films? With the question in mind, my presentation delves into discourses surrounding the audiovisual translation of Parasite on various popular forums, including review-aggregation websites, YouTube videos, and comments sections for news entries. Navigating Koreans’ celebratory reactions to English subtitles of Parasite, the presentation illuminates the popular articulation of global Korean cinema.

Irhe Sohn is Assistant Professor of Korean at Smith College. Ranging from colonial Korean cinema to the history of subtitling and cinema under the authoritarian regime, his research revolves around the relationship between politics and aesthetics in the history of Korean cinema and media. He is currently writing a book manuscript entitled Promises of Failure: Dreams of Cinema in Colonial Korea.