Art Spiegelman: Comics is the Yiddish of Art

Co-Presented by the Frankel Center for Judaic Studies, the International Institute's Conflict and Peace Initiative, and the Penny Stamps Distinguished Speaker Series 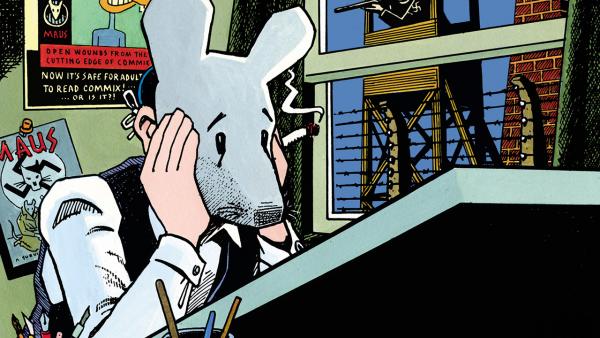 Artist and Illustrator Art Spiegelman is known widely for his Pulitzer Prize-winning literary graphic novel Maus, a Holocaust narrative that casts mice in the role of Jews and cats in the role of Nazis. His comics are celebrated for their shifting graphic styles, their formal complexity, and controversial content. Spiegelman studied art and philosophy at Harpur College before becoming part of the underground comix subculture of the 60s and 70s. As creative consultant for Topps Bubble Gum Co. from 1965-1987, Spiegelman created Wacky Packages, Garbage Pail Kids, and other novelty items. In 1980, Spiegelman founded RAW, the acclaimed avant-garde comics magazine, with his wife, Françoise Mouly. Spiegelman’s illustrations graced the pages of the New Yorker from 1993-2003, when he served as a staff artist and writer for the publication. Spiegelman’s illustrations have been exhibited at the Los Angeles Museum of Contemporary Art, Centre Pompidou, Ludwig Museum, Vancouver Art Gallery, Jewish Museum in NYC, and the AGO Art Gallery of Ontario. His current project, WORDLESS!, a multimedia look at the history of the graphic novel, had its world premiere at the Sydney Opera House.

This free, public, and un-ticketed Penny Stamps Speaker Series event is co-presented by the Frankel Center for Judaic Studies, the International Institute’s Conflict and Peace Initiative, and the Penny Stamps Distinguished Speaker Series, with additonal support from the Center for Russian, East European, and Eurasian Studies.

All Penny Stamps Distinguished Speaker Series presentations are free and open to the public; visit http://stamps.umich.edu/stamps to view upcoming events.