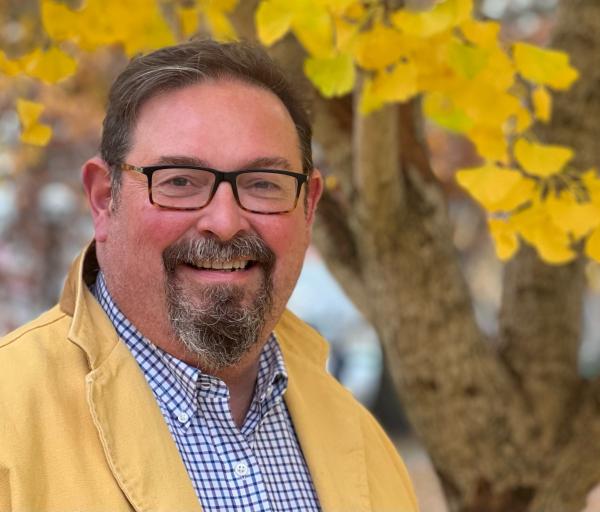 If you wish to attend via Zoom, please register first at https://myumi.ch/kxwxm

Ambassador (ret.) Luis C.deBaca joins us to discuss his career trajectory in international and human rights law and provide advice for paving your own way after your undergraduate career. He will give a presentation and leave time for your questions.

Ambassador (ret.) C.deBaca, '93, led U.S. government activities in the global fight against contemporary forms of slavery during the Obama administration. As Ambassador at Large to Monitor and Combat Trafficking in Persons, C.deBaca updated statutes created after the Civil War and through the 13th Amendment to develop the victim-centered approach to modern slavery that has become the global standard for combating human trafficking.

In the Civil Rights Division of the Department of Justice (DOJ), C.deBaca investigated and prosecuted complex criminal cases, negotiated labor and human rights advances, and managed multi-million dollar grant portfolios combating slavery and sexual abuse. As one of the most decorated federal prosecutors in the U.S., he investigated and prosecuted cases of human trafficking, hate crimes, and police misconduct, as well as immigration, organized crime, and money laundering. He built his litigation record into policy, incorporating the voices of victims, workers, and the advocacy community into decision making. As principal DOJ drafter of the U.S. Trafficking Victims Protection Act and a member of the team that negotiated the United Nations’ anti-trafficking protocol, he helped to enshrine the "3P" anti-trafficking approach of prevention, protection, and prosecution in U.S. and international practice.

Following his prosecution career, he served as Counsel to the House Committee on the Judiciary, where he handled issues of civil rights, immigration, and civil liberties, including revisions to the Foreign Intelligence Surveillance Act. In the Obama Administration, he served as Director of the State Department’s Office to Monitor and Combat Trafficking in Persons from 2009 to 2014 and as the Director of the Justice Department’s Office for Sex Offender Monitoring Apprehending, Registering, and Tracking from 2015 to 2017.

After retiring from government service, C.deBaca was a Senior Fellow of Modern Slavery at Yale University’s Gilder Lehrman Center for the Study of Slavery, Resistance, and Abolition, and served as a Lecturer in Law at Yale Law School and Lecturer of Architecture at Yale School of Architecture. He also was a 2017-2019 Soros Open Society Human Rights Fellow focusing on worker-led social responsibility, and is a member of the Council on Foreign Relations.

C.deBaca’s teaching and research interests include Criminal Law, Race & Slavery, Policing, Immigration, National Security, Labor, Indian Law, International Law, and Civil Rights. Current projects include an inquiry into the imprint of current and historical forms of slavery and involuntary servitude on the built environment, re-thinking business practices that incentivize the use of forced labor, and preparatory work toward a national slavery memorial in Washington, D.C.

If there is anything we can do to make this event accessible to you, please contact us at is-michigan@umich.edu. Please be aware that advance notice is necessary as some accommodations may require more time for the university to arrange.