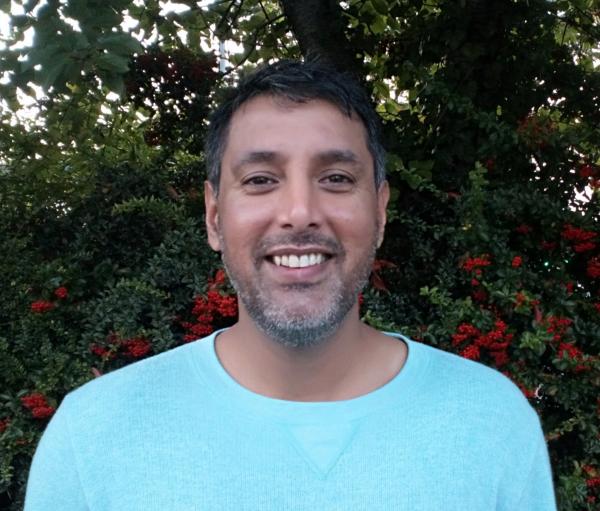 The 2019 CMENAS Colloquium Series theme is "Migration in the Islamicate World."

Following postcolonial debates on the decentering of knowledge production, and relational understandings of agency, I explore hitherto unremarked upon popular socio-cultural memories of jiwār or a right of neighborliness as a means to (a) furrow other geographies beyond the humanitarian and (b) to interrogate the sacred/profane binary inherent to the concept of ‘religion’. In articulating a right of neighborliness, refugee and migrant others in fact demand a right to the neighborhood. In so doing, they interrogate both the poetics and politics of so-called sacred space. This reveals conviviality and neighborliness to be a fluid everyday strategy of encountering difference to help mitigate the possibility of conflict and bolster positive relations as refugees negotiate their new geography of exile. Attention is drawn not only to the limits built-in to thinking about the movement of refugees from the global South through European inflected ontologies, but also understandings of where the sacred can be located. Based on ethnographic and interview data gathered during fieldwork in Damascus (2010-11), Gaziantep (2013) and Athens (2016), this paper examines the struggle for displaced people to claim a right of neighborliness. It considers the constraints on home-making for displaced populations. In the absence of a definitive legal status for forced migrants in the region, relationships at the everyday local neighborhood level take on added significance in negotiating a geography of exile.

Tahir Zaman is lecturer in Human Geography at the University of Sussex and the Deputy Director of the Sussex Centre for Migration Research (SCMR). Tahir is primarily interested in matters pertaining to refugee agency and alternative socio-cultural understandings of refuge during times of mass displacement. Tahir’s work explores the social and cultural life-worlds of Iraqi refugees in Damascus, where he undertook fieldwork in 2010 and 2011. His work also critically engages with the limits and opportunities of faith-based humanitarianism. Palgrave Macmillan published his monograph in 2016 under the title of ‘Islamic traditions of refuge in the crises of Iraq and Syria’. His current research interest focuses on the intersections of displacement, humanitarianism and social economy.
Donia Human Rights Center
500 Church St.
Suite 300
Ann Arbor, MI 48109-1042
umichhumanrights@umich.edu
A member of the International Institute
734.615.8482
734.763.9154
Sitemap
Facebook Twitter Youtube