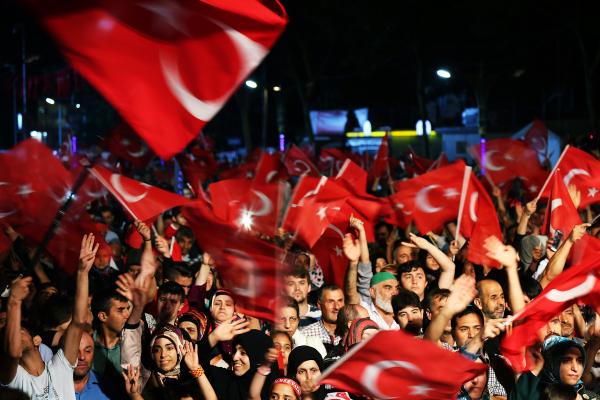 In 2000, leaders in the last Western-orientated Turkish government embarked on a strategic realignment and defense plan that encouraged more independent military actions and intensified the internal debate about Turkish identity. After the collapse of Turkey's policies toward Syria and ISIS and the renewal of hostilities with Kurdish insurgents, Turkish-American relations became ever more strained. Increasing violence along the border and inside Turkey culminated in July 2016 with an unsuccessful coup against President Erdogan. The coup’s failure cleared the way for Turkey to become the independent authoritarian state we recognize today, an independent regional hegemon increasingly restive in the NATO alliance and no longer closely allied with the U.S.

Michael Hickok received his PhD in Ottoman history at the University of Michigan and soon thereafter published his first book, which has been hailed as a pioneering work showing the Empire in the 18th century to have been a functioning, viable state with internal problems but robust legal and administrative institutions to contain them. After several years of teaching, he went to work for the CIA and then the FBI, where he was recognized for extraordinary service and valor during the failed anti-Erdogan coup. He has both written about and participated in these events over the course of a career in Turkish affairs. He is currently Las Vegas Division Assistant Special Agent-in-Charge.

Organized by the Weiser Center for Emerging Democracies with support from the Donia Human Rights Center, Department of History, and Michigan War Studies Group.

If you are a person with a disability who requires an accommodation to attend this event, please reach out to weisercenter@umich.edu at least 2 weeks in advance of this event. Please be aware that advance notice is necessary as some accommodations may require more time for the university to arrange.
Donia Human Rights Center
500 Church St.
Suite 300
Ann Arbor, MI 48109-1042
umichhumanrights@umich.edu
A member of the International Institute
734.615.8482
734.763.9154
Sitemap
Facebook Twitter Youtube