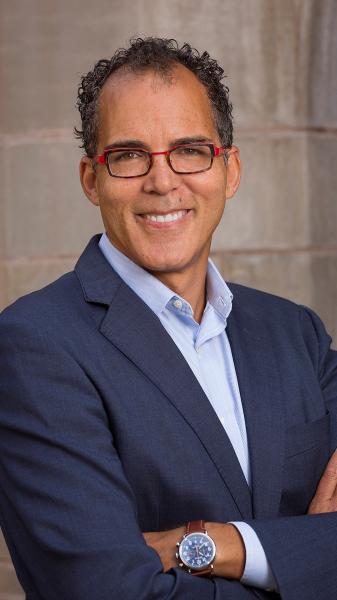 In his lecture, James Forman, Jr. will discuss some of the questions raised by his Pulitzer-prize winning book, Locking Up Our Own: Crime and Punishment in Black America. How did African-American elected officials and citizens respond to the surge in crime and drug addiction beginning in the 1970s? What were the impact of those decisions? Can we make different choices today?

A reception and book signing will follow the public lecture.

A former public defender and a child of civil rights activists, Professor Forman will share riveting stories of his clients, politicians, judges, and ordinary citizens. He will speak with compassion about individuals trapped in terrible dilemmas. His lecture will enrich our understanding of why America has become so punitive and will offer important lessons about the future of race and the criminal justice system in this country.

James Forman, Jr. graduated from Roosevelt High School in Atlanta, Brown University, and Yale Law School. He worked as a law clerk for Justice Sandra Day O’Connor of the U.S. Supreme Court. After clerking, he joined the Public Defender Service in Washington, D.C., where for six years he represented juveniles and adults in felony and misdemeanor cases. He has also won the general non-fiction Pulitzer Prize for his book "Locking Up Our Own: Crime and Punishment in Black America."

Professor Forman loved being a public defender, but he quickly became frustrated with the lack of education and job training opportunities for his clients. So in 1997, along with David Domenici, he started the Maya Angelou Public Charter School, an alternative school for dropouts and youth who had previously been arrested. A decade later, in 2007, Maya Angelou School expanded and agreed to run the school inside D.C.’s juvenile prison. That school, which had long been an abysmal failure, has been transformed under the leadership of the Maya Angelou staff; the court monitor overseeing D.C.’s juvenile system called the turnaround “extraordinary.”

At Yale Law School, where has taught since 2011, Forman teaches Constitutional Law and a course called Race, Class, and Punishment. Last year he took his teaching behind prison walls, offering a seminar called Inside-Out Prison Exchange: Issues in Criminal Justice, which brought together, in the same classroom, 10 Yale Law students and 10 men incarcerated in a CT prison.

Professor Forman has written many law review articles, in addition to op-eds and essays for the New York Times, the Atlantic, the New Republic, the Nation, and the Washington Post. His first book is the critically acclaimed, Pulitzer Prize-winning "Locking Up Our Own: Crime and Punishment in Black America" (2017) which explores how decisions made by black leaders, often with the best of intentions, contributed to disproportionately incarcerating black and brown people. A Washington Post bestseller, "Locking Up Our Own" was longlisted for the National Book Award and has been named a Best Book of the Year by numerous publications, including the New York Times, The Marshall Project, Publisher’s Weekly, and GQ Magazine. Reviewers have called the book “superb and shattering” (New York Times), “eloquent” and “sobering” (London Review of Books), and “moving, nuanced, and candid” (New York Review of Books). On Twitter, the New York Times book reviewer Jennifer Senior called "Locking Up Our Own" “the best book I’ve read this year.”