II Round Table. The Future of International Justice: Lessons from the Yugoslav Tribunal 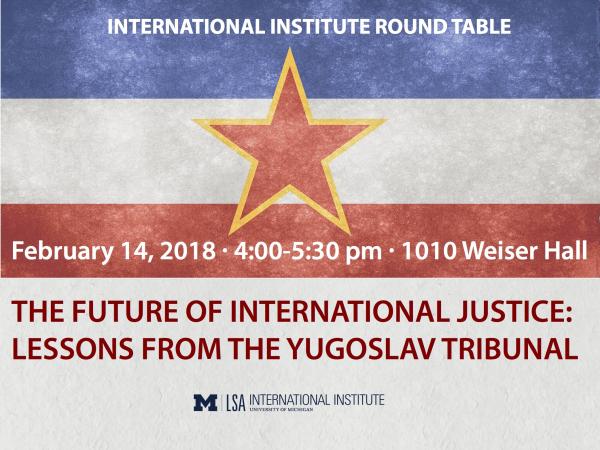 II Round Tables promote informed discussion on current world events and issues. This round table will examine the legacy of the International Criminal Tribunal for the Former Yugoslavia (ICTY) and the future of international prosecution of severe human rights violations. Established in 1993 by the United Nations Security Council, ICTY was the first international court to prosecute war crimes since the Nuremberg and Tokyo trials. With 161 indictments in 24 years, including notable political and military leaders, the ICTY boasts substantial accomplishments, and its impact extends beyond legal and political domains to the realm of psychological and sexual violence. As its official activities draw to a close, what are the lasting legacies of the ICTY, and how have subsequent international justice efforts been influenced?