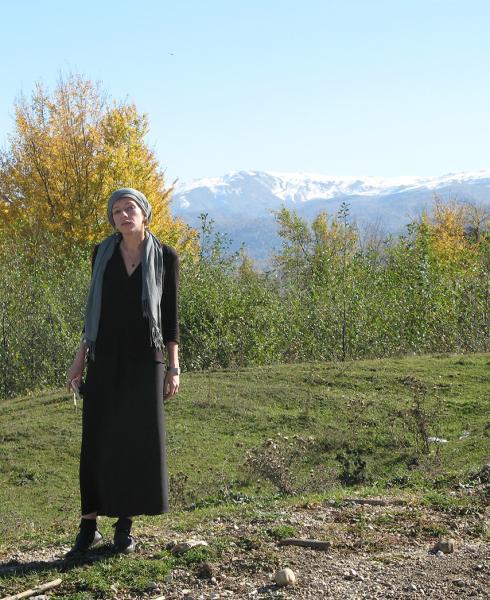 For more than a decade, Ramzan Kadyrov has run Chechnya through brutal repression and with the tacit blessing of the Kremlin, gradually built a tyranny there, ruthlessly eradicating even the mildest forms of dissent. In spring 2017, the authorities launched a massive anti-gay purge, during which dozens of men were held in unofficial detention facilities, tortured and otherwise abused by local police and security officials. The purge caused a major international outcry and for the first time in many years, made the world pay attention to horrific human rights abuses in Chechnya.

Tanya Lokshina is the Russia program director and a senior researcher at Human Rights Watch and is based in Moscow. Having joined Human Rights Watch in January 2008, Lokshina authored several reports on egregious abuses in Russia’s turbulent North Caucasus region and co-authored a report on violations of international humanitarian law during the 2008 armed conflict in Georgia. Her recent publications include a range of materials on Russia’s vicious crackdown on critics of the government and on violations of international humanitarian law during the armed conflict in eastern Ukraine. Lokshina is a recipient of the 2006 Andrei Sakharov Award, “Journalism as an Act of Conscience.” Her articles on human rights issues have been featured in prominent Russian and foreign media outlets, including CNN, the Guardian, Le Monde, the Moscow Times, Novaya Gazeta, and the Washington Post. Lokshina’s books include "Chechnya Inside Out" and "Imposition of a Fake Political Settlement in the Northern Caucasus." In 2014, her article on the abusive virtue campaign against women in Chechnya was published in "Chechnya at War and Beyond" (Routledge Contemporary Russia and Eastern Europe Series).
Donia Human Rights Center
500 Church St.
Suite 300
Ann Arbor, MI 48109-1042
umichhumanrights@umich.edu
A member of the International Institute
734.615.8482
734.763.9154
Sitemap
Facebook Twitter Youtube