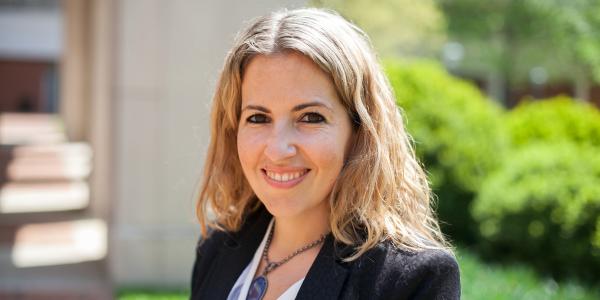 Their importance notwithstanding, we know remarkably little about whether constitutional rights actually make a difference. As numerous countries­––ranging from South Sudan to Myanmar to Iceland––are debating new bills of rights, neither policy-makers nor academics know much about which rights actually make a difference and under what conditions they are most effective. For example, when a constitution enshrines a prohibition on torture, do governments actually torture less? Or when a constitution promises a right to health care, does that increase government spending on health care? Perhaps more importantly, under what circumstances do constitutional rights make a difference, and when do they fail? Are some rights more effective than others?

The question whether constitutional rights matter is the topic of my book manuscript in progress. It presents findings from quantitative analysis of the impact of 10 different constitutional rights provisions in 188 countries over a 30 year period. One of the main findings is that rights that are practiced within organizations, such as the right to unionize or the right to form political parties, are particularly effective in constraining power. The distinctive feature of such “organizational rights” is that they do not merely represent a substantive policy preference for a particular right, but also aid the establishment of organizations that have the incentives to safeguard the right as well as the means to act strategically to protect it from government repression. For example, the right to unionize is practiced within trade unions. If the government were to encroach on this right, unions could mobilize their constituents to take the streets, lobby the political opposition, or bring their case to court. Other examples include the right to form political parties, with is organized by political parties, and the freedom of religion, which tends to be practiced within churches, mosques, synagogues, and other religious organizations. By contrast, individual rights, such as the freedom of speech or the prohibition of torture, do not appear to constrain government behavior. To further unpack these findings, the book manuscript will also present case studies and results from survey experiments.

Versteeg earned her B.A. in public administration and first law degree from Tilburg University in the Netherlands in 2006. She earned her LL.M. from Harvard Law School in 2007 and a D.Phil. in socio-legal studies in 2011 from Oxford University, where she was a Gregory Kulkes Scholar at Balliol College and recipient of an Arts and the Humanities Research Council Award.

Prior to joining the Law School, Versteeg was an Olin Fellow and lecturer in law at the University of Chicago Law School. Versteeg previously worked at the U.N. Interregional Crime and Justice Research Institute in Turin and at the Southern Africa Litigation Centre in Johannesburg. While at UVA, Versteeg has been a visiting associate professor at the University of Chicago Law School (fall 2013) and Columbia Law School (spring 2016), and a visiting professor at the law schools of Hebrew University, the University of Hamburg (summer 2015) and Tel Aviv University (spring 2017, upcoming).
Donia Human Rights Center
500 Church St.
Suite 300
Ann Arbor, MI 48109-1042
umichhumanrights@umich.edu
A member of the International Institute
734.615.8482
734.763.9154
Sitemap
Facebook Twitter Youtube