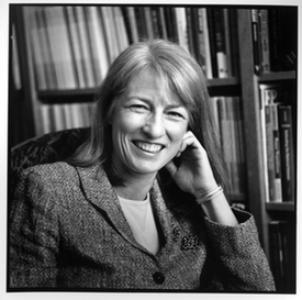 In this talk, Professor Sikkink draws on material from her forthcoming book Making Human Rights Work: Evidence for Hope. Recently there has been a surge of pessimism about the legitimacy and effectiveness of human rights law, institutions, and movements. Sikkink argues that transformations in the world generated by human rights ideas and activism have paradoxically clouded our ability to evaluate and measure progress because we now know more and care more about human rights issues than even before. To engage in a more productive debate, the nature of the critique, definitions of terms, and methods being used to measure progress all need to be clarified. Professor Sikkink examines these issues, and argues that careful issue-by-issue examination of the evidence on human rights progress and decline offers a more complex and hopeful picture than that suggested by the pessimists.

Kathryn Sikkink is the Ryan Family Professor of Human Rights Policy at the Kennedy School of Government, and the Carol K. Pforzheimer Professor at the Radcliffe Institute for Advanced Study. Sikkink works on international norms and institutions, transnational advocacy networks, the impact of human rights law and policies, and transitional justice. Her publications include The Justice Cascade: How Human Rights Prosecutions are Changing World Politics (awarded the Robert F. Kennedy Center Book Award, and the WOLA/Duke University Award); Mixed Signals: U.S. Human Rights Policy and Latin America; Activists Beyond Borders: Advocacy Networks in International Politics (co-authored with Margaret Keck and awarded the Grawemeyer Award for Ideas for Improving World Order, and the ISA Chadwick Alger Award for Best Book in the area of International Organizations); and The Persistent Power of Human Rights: From Commitment to Compliance, (co-edited with Thomas Risse and Stephen Ropp). She holds an MA and Ph.D. from Columbia University. Sikkink has been a Fulbright Scholar in Argentina and a Guggenheim fellow. She is a member of the American Philosophical Society, the American Academy of Arts and Sciences and the Council on Foreign Relations, and a member of the editorial board of the International Studies Quarterly, International Organization, and the American Political Science Review.
Donia Human Rights Center
500 Church St.
Suite 300
Ann Arbor, MI 48109-1042
umichhumanrights@umich.edu
A member of the International Institute
734.615.8482
734.763.9154
Sitemap
Facebook Twitter Youtube